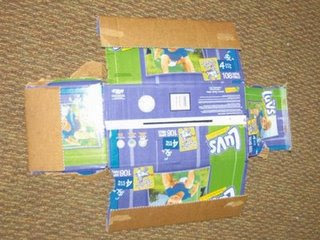 Last week, I was shocked to read about a mom that abandoned her newborn outside a fire department inside a diaper box.

Solicitor Trey Gowdy said Thursday that the teen mother and adult father will be required to go to a children’s cemetery and a mortuary, complete counseling sessions and do community service.

The infant’s mother, whose name authorities are not releasing because she turned 17 on Sunday, must complete a series of tasks through the 7th Circuit’s Juvenile Arbitration Program.

He also said the tasks are non-negotiable and failure to complete any task will result in prosecution as a juvenile.

The 21-year-old father of the infant, is not eligible for a diversionary program, but it will be recommended to a judge that he only receive probation as long as he completes similar tasks. His sentence will be decided by a judge.

The parents were deemed to have made an attempt to comply with the Safe Haven for Babies Act, which is also called Daniel’s Law. Authorities decided the law was not accurately followed, however, because the child was not placed in the hands of a caregiver and was left outside on a night when temperatures were in the mid-30s. The baby’s body temperature had fallen to 88 degrees, a condition that can cause medical problems.

The couple, who also have a 2-year-old and an 11-month-old, must also visit a prison, complete reproductive health counseling and parenting classes, take random drug and alcohol tests and perform community service at the Whitney Fire Department.