Home » Court Rules No Link Between Autism and Vaccines 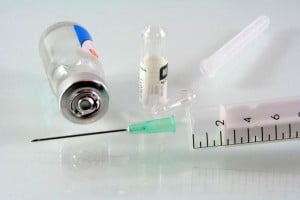 An appeals court upheld the decision of a special vaccine court, stating that there is little evidence linking autism to vaccines in children. The controversial decision was made in the wake of more than 5,500 families seeking compensation through the government’s Vaccine Injury Compensation Program.

The parents of Michelle Cedillo of Yuma, Ariz., brought their individual case to the appeals court, seeking justice over what they believe are vaccine related damages in their daughter. Cedillo has autism, inflammatory bowel disease and other disorders. Her parents believe it was a measles vaccine that brought on the disorders in the young girl.

The 2009 vaccine court ruled that the Cedillos’ claims were based on “bad science.” The appeals court this Friday agreed with that ruling.

In its ruling Friday the appeals panel said “we have carefully reviewed the decision of the special master and we find that it is rationally supported by the evidence, well-articulated, and reasonable. We, therefore, affirm the denial of the Cedillos’ petition for compensation.”

Earlier this year the vaccine court also ruled that thimerosal was not linked to autism, a long held claim by many anti-vaccine families.

Despite the rulings, not everyone is ready to drop the case against vaccines. Many are skeptical and feel that the courts ruled in the vaccine manufacturers best interests, rather than the families. This is especially after recent news of Finland suspending the H1N1 vaccine over safety concerns and Australia reports adverse reactions from the flu vaccines.

The ruling may back the finding of many scientists who work in the health and vaccine related fields, yet it is doubtful that this will be the end of the vaccine debate. – Summer, staff writer