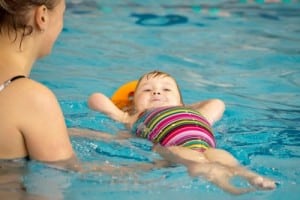 As we head into the Summer the CPSC is stepping up their efforts to increase awareness about unintentional drownings.   In just the first 5 months of the year 55 drownings and 63 near-drowning incidents in 29 states and territories have already been reported by the media.

The CPSC has created a site dedicated to pool safety that helps parents and families build on their current safety systems at pools and spas by adopting a couple additional water safety steps.

To further protect both your children and those who may wander into your backyard they also suggest to:

In addition Chairman Tenenbaum noted that

“CPSC’s new data show that the number of drownings and near-drownings involving children younger than five are still a serious public health issue. CPSC is committed to reducing the number of drowning and near-drowning incidents in swimming pools and spas in the country. The Pool Safely campaign and its partners encourage parents and children to take as many water safety steps as possible to help save a life.”