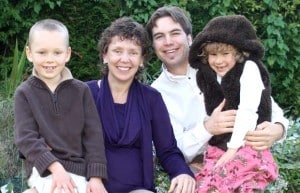 Becca Shears had an excess of breast milk that she was able to pump and store. With so much milk, her first thought was to use that milk to help other mothers and infants. Craigslist, a free ad listing site online, however decided that her offer was too much.

For some mothers, breastfeeding is difficult. Health problems with them or their infants can leave them lacking in enough breast milk. For these mothers who want to continue breastfeeding, human milk banks can be few and very expensive. Some have been able to turn to individual mothers who were producing more than enough milk to offer donations.

That is what Shears thought she was doing when she listed on the free site, Craigslist, that she had excess breast milk to share. However, her listing were flagged in inappropriate and removed. After the third time, Shears was removed from the free service completely.

“I put it on Craigslist for free. Someone thought it was unethical. I thought to myself, so prostitution is okay, but not breast milk?”

Where Shears lives, she says it would be too costly to give her milk to the nearest Canadian milk bank. With Criagslist turning her away, she has turned to her own means to get her milk out to others. Listing her breastmilk for sale at $1.50 per ounce, Shears is helping other families get milk that they need.

Shears is pregnant with twins that she carried as a surrogate mother. While she will be giving her milk to the surrogate parents for the first month, after that her milk will be up for sale. She hopes to find a needy family that she can help.

“At what level do we say that this breast milk is not something of value? That it’s only okay by donation. This is a huge gift. I could easily let my milk dry up, but for me to go to the trouble of pumping, storing, shipping, it’s work. It’s a part-time job.”

Health Canada and the U.S. FDA have both recommended that families not buy milk from sources online, but rather turn to private human milk banks. Unfortunately, those banks are rare and can cost thousands of dollars to buy from. The demand on these banks is also often greater than what they can provide.

Buying milk from strangers does have its risks. A person does not have to undergo screenings for illness or disease when selling to a private person. In some cases, people were duped into buying what they were told was human milk yet turned out to be something else.