Cristiano Ronaldo has reportedly joined the twins parent club!   According to the Sun the soccer star welcomed babies Mateo and Eva on Thursday via a surrogate. 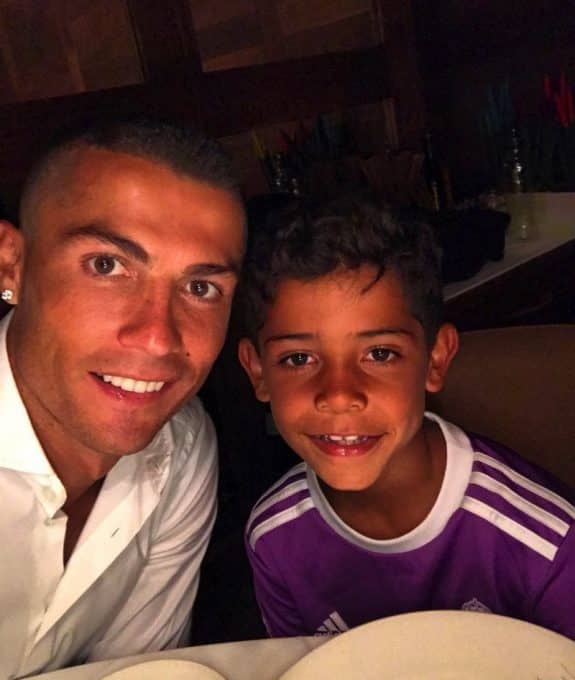 While Cristiano or his agents have yet to confirm the babies’ arrival, many Portugese news outlets including Portuguese daily Correio da Manha were running the story over the weekend.

In March, The Sun on Sunday was first to report the star was due to become the father of twin boys.

At the time they said a surrogate mother on the west coast of the United States was heavily pregnant and expecting the babies “very soon.”

In 2010 Cristiano surprised many when he revealed he had become a father to son Cristiano Ronaldo Jr who is now six.

The details surrounding Cristiano Jr’s arrival have never been discussed publically.  During an interview in 2014 the child’s grandmother Dolores Aveiro said she had picked the baby up from a private hospital in Florida.

The star’s social pages haven’t offered any clues about the new babies so we will have to wait until he is ready to go public.

The timing, however,  couldn’t be better now that Cristiano has some time off from soccer.  The Real Madrid doesn’t play again until July when they take on Manchester United FC in California.