Home » Cristiano Ronaldo Vacations With His Son In St Tropez

Portugal’s loss at Euro 2012 appears to be far from his mind as Cristiano Ronaldo and his family vacation in St.Tropez on Tuesday(Jul3). 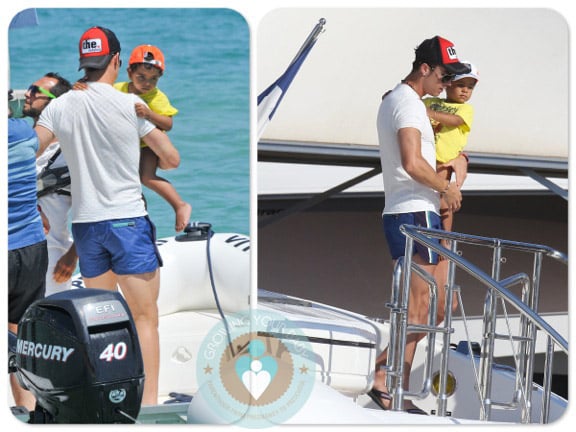 The soccer star and his girlfriend Irina Shayk were photographed coming back from the beach with Cristiano’s son Cristiano Ronaldo Jr. The toddler was cute in a classic cap, yellow tee and a swimmy diaper. 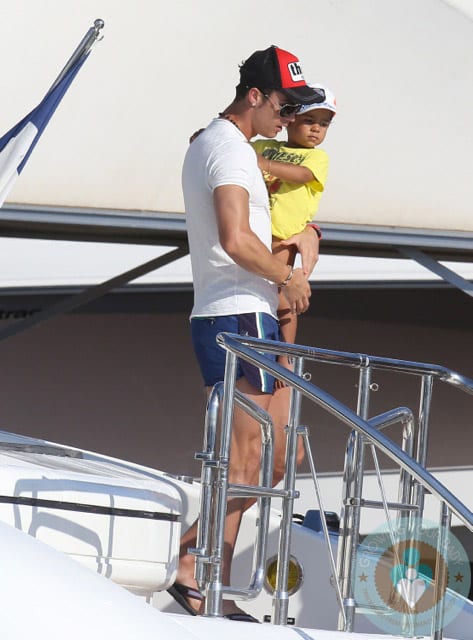 The couple, who is staying aboard a massive yacht with friends and family, enjoyed some time with Cristiano Jr. before swimming off the back and sunning on the deck.

Cristiano won’t have much time off before he will need to be back on the field for Real Madrid. The La Liga champions will cross the Atlantic in August to play the Galaxy in LA, Juventus in Las Vegas and AC Milan in NYC.