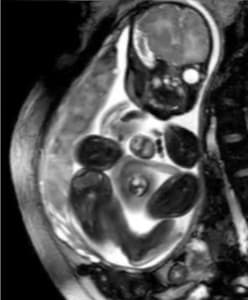 When Ashley Cardenas was 16 weeks pregnant, doctors asked her to make the most difficult decision of her life. Her baby was suffering from a rare heart condition that mostly turns fatal and Ashley was given a choice to terminate the pregnancy or continue on with it. Ashley chose the latter and says that the best decision she could have made to save her child.

During an ultrasound doctors found that baby Audrina suffered from a condition called ectopia cordis where her heart was growing outside her chest. Only eight out of one million babies are born with this anomaly and 90 percent of them die during birth or within three days of their life.

With just a small chance of survival doctors told Ashley she could comfort the baby after she arrived and watch her baby girl quietly pass away or opt for a risky surgery that needed to be performed as soon as Audrina was born.

“It was a very emotional day,” Ashley said.

She chose the surgery. 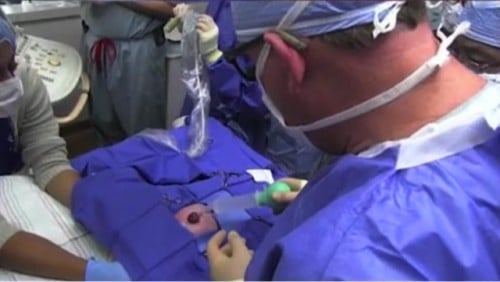 On 16th October Audrina was born via C-section. One-third of her heart protruded through her chest and skin and as soon as she was delivered doctors performed a six hour long open heart surgery to save the baby’s life. 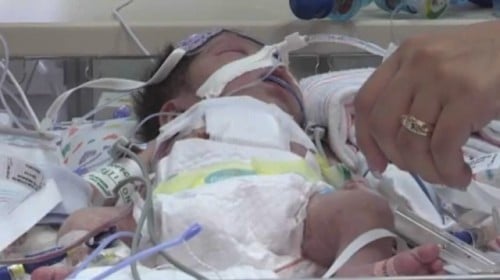 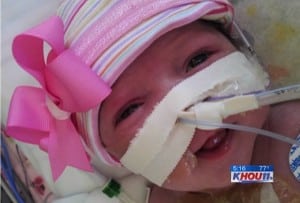 They reconstructed her chest cavity, put the heart back in and closed the cavity.

“This risky operation on such an uncommon condition required specialists from a variety of care teams, including cardiovascular surgery, plastic surgery, and general pediatric surgery,” said Dr. Charles D. Fraser, surgeon-in-chief at Texas Children’s Hospital in an interview to khou. “Audrina is a true fighter and we are so excited that this was a good outcome.”

Ashley is glad she made the correct choice.

“The pregnancy was given to me for a reason,” said the mom. “She’s here. She’s made it this far. That’s my baby I would never give her back. And I would never wish that I made a different decision than I did.”

According to Dr. Larry Hollier the chief of plastic surgery at Texas Children’s Hospital, Audrina is doing well and she may move out of the hospital’s ICU soon.

“But I think she’s going to do great. She’ll go home with mom and be a nice normal little baby,” added the doctor.

Ashley who is also mom to five year old twin sons, can’t wait to hold her daughter in her arms, something she hasn’t been able to do.

“No I haven’t yet been able to hold her. Waiting, waiting patiently, but I’m waiting,” she said. “Our family has a lot to be thankful for this Thanksgiving, especially the team at Texas Children’s who saved Audrina’s life. We look forward to the day when Audrina can come home with us and we can be reunited as a family.”

Doctors are hopeful that baby Audrina will join her family and go home next month.