New parents Crown Prince Frederik and Crown Princess Mary of Denmark were all smile this morning during a photocall to introduce their newborn twins. 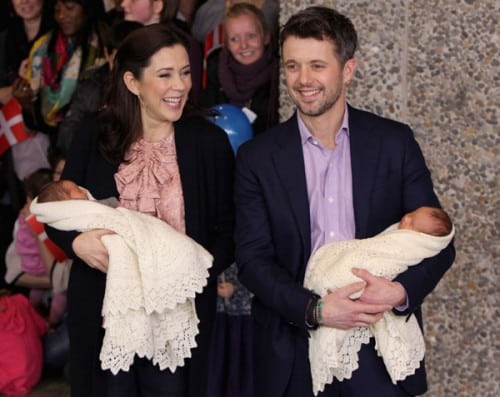 The babies, who are just a week old, were unfazed by the excitement and slept through the whole event.

Princess Mary said she was “so proud and so happy” of her “laid-back” twins.

When asked how she would handle four young children, she said “I don’t know but I will do my best.”

The young royal family has now become the centre of media attention in Europe due to the rare addition of twins.

“But with twins they have exceeded everyone’s expectations.

“As a mother of four, Princess Mary is now regarded as one of the leading female royalty in the world.

“She is the perfect princess.”

The new babies, who have yet to be named, will join the couple’s two older children; Prince Christian, 5, and Princess Isabella, 3.