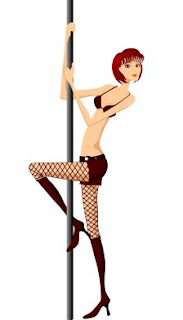 Here is another one for the Crummy Parent Files!

A South Carolina man was arrested in a strip club, getting a lap dance after his baby daughter was found out in the club’s parking lot alone in the car.

The man told police that he left his baby in the car because she was sleeping and that he was only going in to quickly get his cell phone.

He says his wife was dancing on stage at the time.

The baby was fine and turned over to the mother.

The man was arrested and charged with unlawful conduct towards a child.