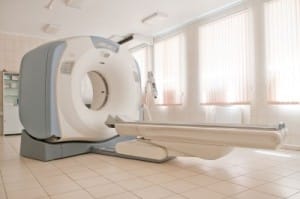 CT scans use ionizing radiation to take images of various parts of the brain. Generally, these images are of the brain, but they may also be used to capture internal images of other parts of the body as well. This particular type of radiation has been linked to a slightly higher risk of cancer later in life, particularly when those scans are conducted during childhood.

“CT scans deliver appreciably more radiation than X-rays, and there is a measurable risk associated with the use of CT scans, especially for those who might get multiple CT scans,” said Dr. Louise Parker, lead author of a recent study and professor of medicine and pediatrics at Dalhousie University in Halifax.

For the study, published in Thursday’s online issue of the medical journal The Lancet, British, American and Canadian pediatricians and radiologists examined the radiation doses received by 178,000 people in Great Britain. All of those included in the study were aged younger than 22 between 1985 and 2002.

In their conclusion, researchers found that their was a risk of brain tumors in children who received two to three scans before the age of 10. They also found that the risk of leukemia was tripled after five to 10 scans within a decade after the first radiation treatment.

Researchers also noted, however, that technology has greatly improved over the years; ionization doses are now reduced because CT imaging devices can be altered to fit the size of a child. Additionally, diseases like these are already rare, even when the odds are increased by CT scans. For example, the risk of leukemia in children is about 1 in 2,000. Having several CT scans raises the risk to about 1 in 600. So, while the risk is higher, it is still “exceedingly rare.”

Parents also need to know that, while CT scans are used more frequently today, they are generally only used when medically necessary, such as to evaluate a possible head injury. In light of the increased risk of cancer, however, Dr. Andrew Einstein of Columbia University Medical Center in New York says that physicians need to make certain that there are no other options available.

“Use of CT scans continues to rise, generally with good clinical reason, so we must redouble our efforts to justify and optimize every CT scan,” Einstein stated.

Study author, Mark Pearce, of Newcastle University conquers. “Our view is that we need to make further reductions in CT doses, and this should be a priority for both the clinical community and the manufacturers,” stated Pearce.

Parents can also take a proactive approach to help reduce the ionization exposure to their children. Parker suggests that parents take the time to talk to their doctors when a CT scan is suggested. Concerned parents should inquire about other alternative imaging methods, such as X-rays, ultrasounds and MRIs. They should also try to understand why a CT scan may be the best alternative; in some situations, there may not be another option.