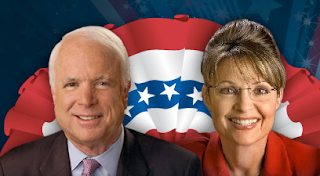 A new father has secretly named his baby girl Sarah McCain Palin after the Republican ticket for president and vice president.

Mark Ciptak of Elizabethton put that name on the documents for the girl’s birth certificate, ignoring the name Ava Grace, which he and his wife had picked earlier.

“I don’t think she believes me yet. It’s going to take some more convincing.”

Mark, a blood bank employee for the American Red Cross, said he named his third child after John McCain and Sarah Palin to “to get the word out” about the campaign.

“I took one for the cause,” he said. “I can’t give a lot of financial support for the (McCain/Palin) campaign. I do have a sign up in my yard, but I can do very little.”