Home » Daddy Day Out! Liev Schreiber Steps Out With His Boys in SoHo

Liev Shreiber was photographed out for a walk with his sons Alexander and Samuel in SoHo in New York City on Monday. 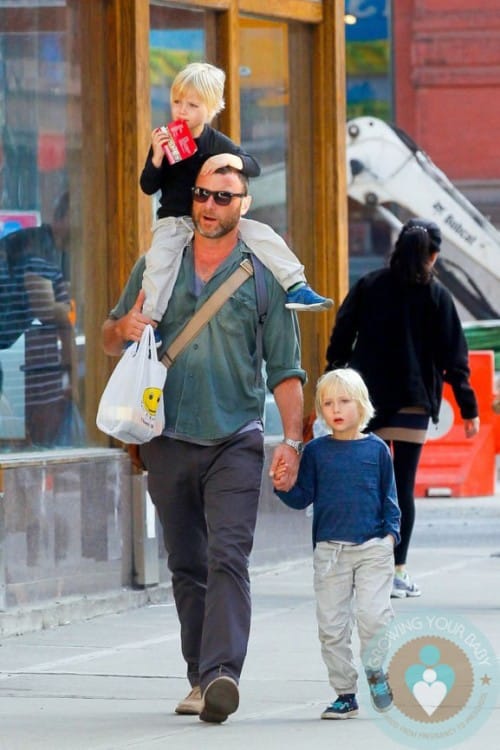 The actor played the dutiful dad and carried Sammy on his shoulder while holding on to Alexander’s hand. This arrangement worked out well for Sammy as it free’d up his hand giving him the opportunity to have a snack. 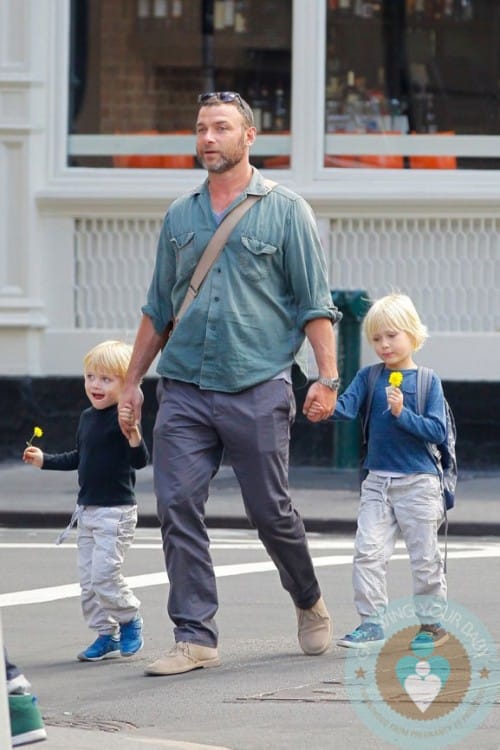 While the boys were enjoying some time together their mom, Naomi Watts was at the Global Partnership Forum Women Leaders event in New York City.

While they do have a nanny that helps them out, Liev and Naomi  have a ‘you work, I work’ agreement so that someone is always with the boys.

“Liev and I try to take turns (to make films) and it’s worked so far. We’ve probably only overlapped by a couple of weeks once or twice which is very fortunate because our family is the most important thing,” she said.

This Schreibers spent most of their time in London while Naomi filmed ‘Diana’.  The couple has been busy over the last year working on 8 projects between them.

Look for them both to star in Movie 43 when it is released in the new year.