For a long time, it’s been thought that only mothers struggle with balancing work, family, and exercise. The truth is, that both parents really do have issues keeping their family, business and health equal. 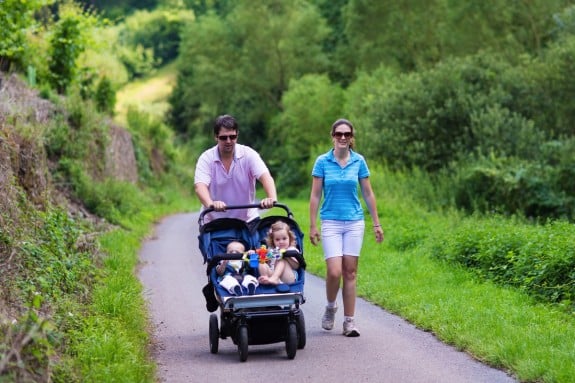 Emily Mailey, assistant professor of kinesiology, researched how and why working parents struggle with establishing an exercise routine in her BioMed Central Public Health published study. It is unique in the aspect that it looked at the struggle of working mothers and fathers, rather than just moms.

“A decline or lack of exercise among working parents has mostly been recognized as a female issue,” Mailey told Science Daily. “The ethic of care theory- that females have been socialized to meet everyone else’s needs before their own – explains why women feel guilty when they take time to exercise, though the same principle hasn’t been studied for fathers.”

And, considering how drastically gender roles have changed over the last couple of decades, this investigation was an important step for understanding the obesity epidemic as a whole, especially as it pertains to families.

Mailey’s study, “Physical activity barriers and facilitators among working mothers and fathers,” placed both mothers and fathers into focus groups where they talked about the barriers they encounter when trying to establish a consistent exercise routine. Top barriers for both sets of parents were lack of time and guilt.

“The guilt parents feel is because they think of exercise as a selfish behavior,” Mailey said.

Though the factors that contributed to exercise barriers were very similar, Mailey said there were a few differences. For example, fathers reported their children as a barrier to maintaining an exercise routine program more than mothers, and fathers said that family-related guilt was associated with time away from their wives and children. In contrast, mothers said their biggest source of guilt came from time away from their children.

“Fathers reported guilt related to family and taking time for themselves, whereas mothers reported guilt related to family, taking time for themselves and work,” Mailey said. “[And] fathers mentioned feeling guilty about not spending time with their spouses. That really didn’t come up for the women. The men felt guilty about exercising after the kids go to bed because that could be time with their wives.”

But there was also something unique about the obstacles that mothers faced. Whereas some fathers felt they could exercise during their lunch hour, mothers reported fears of being judged by their co-workers for leaving to go and work out as well as not having the time to freshen up a bit before returning to work.

But, regardless of the reasons behind their barriers, Mailey says that the facilitators for establishing a consistent exercise program had a common theme. And it is this piece of knowledge that may help determine how families can best be helped in establishing and maintaining exercise routines as they raise their children.

“Regardless of their activity levels, parents view their families as the top priority,” Mailey said. “Active parents were able to see exercise as something that contributed to the good of the family and that was not at odds with being good parents. As a result, they felt less guilty about taking time to exercise and were more apt to prioritize physical activity because they valued the benefits.”