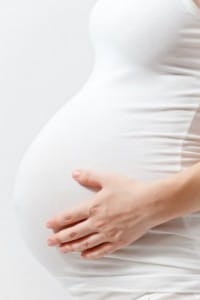 During a study, conducted on 3600 women who were trying to conceive, researchers from Boston University found that women who drank 2 cups of tea per day had 27 percent more chances of getting pregnant that those who did not.

However the researchers also found that drinking two cola-style carbonated beverages daily seems to reduce a woman’s prospects of conceiving whether it is the diet version or regular. Women who drank the cola reduced chances of pregnancy by 20 percent.

Further there was no effect on the chances of pregnancy for those who drank coffee.

Professor Elizabeth Hatch, of Boston University said that the reason for the research was to find whether caffeine intake actually affected chances of pregnancy. The researcher said that although their have been previous studies that found that caffeine was bad, their results were not conclusive.

The results were based on interviews with pregnant women who were asked to remember the amounts of tea, coffee  and soft drinks they consumed before they conceived and not based on real time observations.

In this study Hatch and her colleagues monitored each volunteer for a year. Danish women of  average 28 years of age were chosen for the research because every Danish citizen is given a civil registration number at birth, allowing health officials to recruit and then screen individuals through the internet.

Prof Hatch said, ‘We found that women who drank tea two or three times a day did have a 27 per cent increased chance of becoming pregnant. We don’t know how they took the tea or if they added milk or lemon, but they had this increased chance of getting pregnant over women who did not drink tea at all. ‘It may be linked to caffeine but clearly there may be other factors linked with the women’s lifestyle or there may be beneficial properties in tea itself.’

The researcher cautioned though that although tea increased chances of having a baby, it was not a miracle cure that guaranteed pregnancy.

‘I think drinking two or three cups of tea a day for anyone wishing to get pregnant will be fine. I would love to say tea is a miracle cure to get pregnant but that is not realistic. There may be other factors. The tea drinkers tended to be older women and there may be something else in their diet or lifestyle that helped.’

The researchers also importantly found that green tea, which is believed to boost pregnancy chances, did not have any additional affects and increased conception chances in the same way as any other tea.

The team is now trying to find further links between tea consumption and pregnancy and if it affects baby’s health, birth size, pregnancy complications and chances of miscarriage.

Maha Ragunath, consultant in reproductive medicine at the Care Fertility Centre in Nottingham, said special properties in tea aided fertility, ‘Tea contains a lot of antioxidants which are very good for male and female fertility. But I don’t think women trying for a baby should now drink lots of tea – it’s everything in moderation.’

Laurence Shaw, associate director at the Bridge Fertility Centre in London, also has an important caution,

‘I would say to any woman over 35 trying to become pregnant to get proper advice and don’t start drinking ten cups of tea a day.’