When baby Ranran’s parents brought their daughter for a check up at the doctors, they did not imagine the reason she was suffering from ear pain could be this shocking. 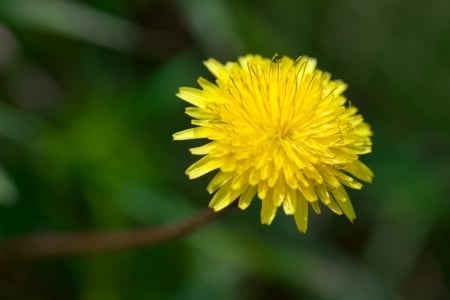 Ranran and her parents live in the Tongzhou District in Beijing. They said that four months ago a seed fell into the left ear of the baby girl. But it was only now that she began crying and scratching her ear constantly.

Her mom tried to see inside the ear canal but unable to pull the thing out, she and her husband took the baby to the Capital Institute of Pediatrics.

The doctors were as surprised as the parents to find the flower growing inside.

It was 2 cm long and had completely filled the ear canal. They say that if it was left untreated the growth could lead to serious health problems.

“Even the slightest bit of pressure put her at risk of internal bleeding so it had to come out,” Gu Qinglong, the chief physician in the otolaryngology department told the Beijing Evening News.

The doctors believe the warmth and humidity inside the ear canal allowed the flower to grow so well in the ear.

Ranran is said to be recovering from her rather unusual ordeal.