Home » David Arquette Dines With His Girls At Mr. Chows

It was a family night out for David Arquette, his partner Christina McLarty, and the actor’s daughter Coco.  The actor was photographed at Mr. Chows in Beverly Hills enjoying a nice dinner with his favorite girls on Tuesday night(March 25). 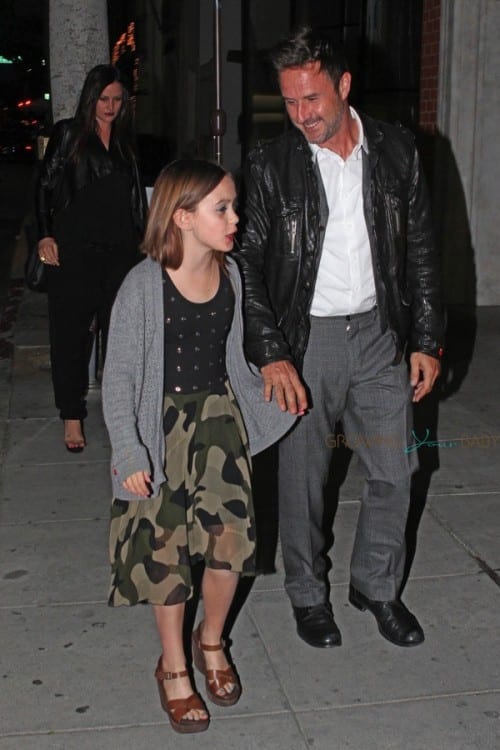 On the way out the mama-to-be held Coco’s hand as the pair made their way to a waiting vehicle.  David payed the Valet and the trio was on their way. 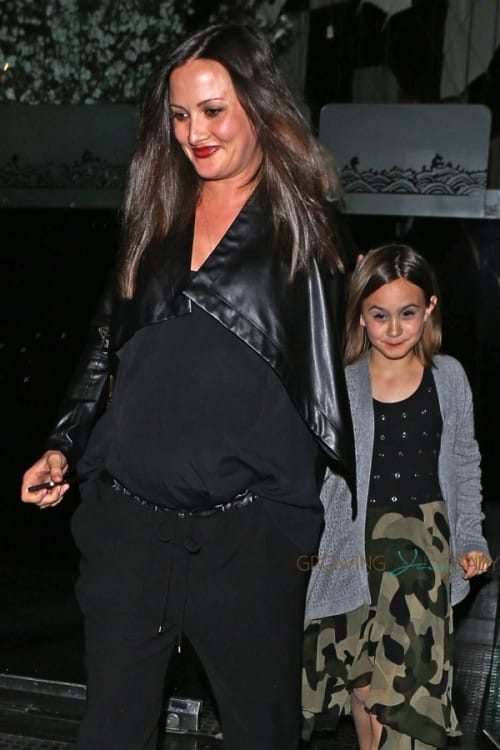 Due in May Christina’s bulging baby belly was on full display underneath a black jacket and blouse, which she paired with matching black trousers and a pair of heeled sandals.

It was recently revealed that David had some interesting name plans for the baby, but was shot down my the missus.

“I did want to name him Astro,” Arquette said in a recent interview. He thought “Astro Arquette” was an amazing name.” But, he said, it just “didn’t fly” with Christine.

Coco, whom he had with his ex-wife Courteney Cox, is quite excited about the idea of becoming a big sister, David also shared. Adding that his daughter insists the baby “absolutely worships” her.