Home » David Beckham Celebrates His Win With His Boys! 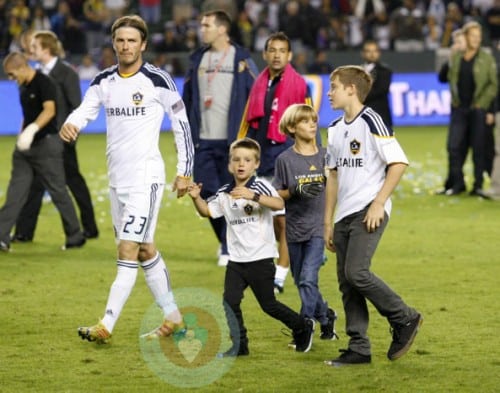 The boys showed their support by joining their dad on the field after the game and wearing Galaxy gear with his number on it. Also at the game were the ladies in David’s life.  The star’s wife Victoria and their new baby Harper watched the game from the box along with his mom Sandra and sister Joanna.

David’s five-year MLS contract expires after the season. LA Galaxy remains hopeful he will extend his stay in Hollywood.