It looks like the Beckhams love California! The family has been in Los Angeles for a couple weeks now enjoying all that the sunny state has to offer. On Thursday David was spotted at the beach with his boys Brooklyn, Romeo and Cruz. 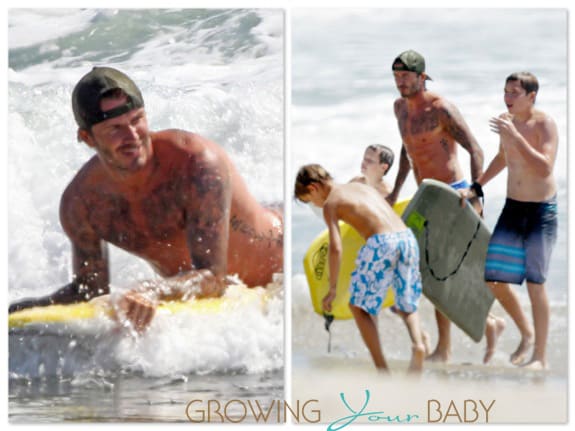 The soccer player surfed the waves with his trio and also captured the moment with his SLR camera. 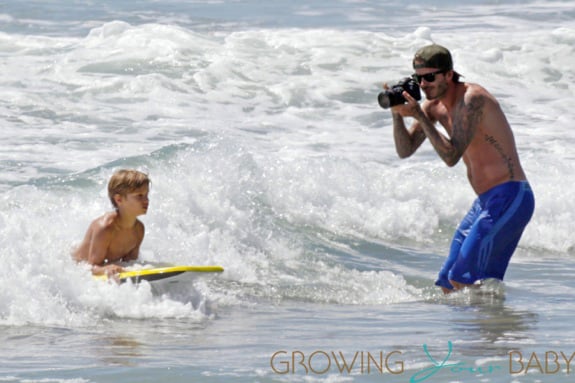 The outing comes just a day after David was photographed at the Dodger’s game with daughter Harper. 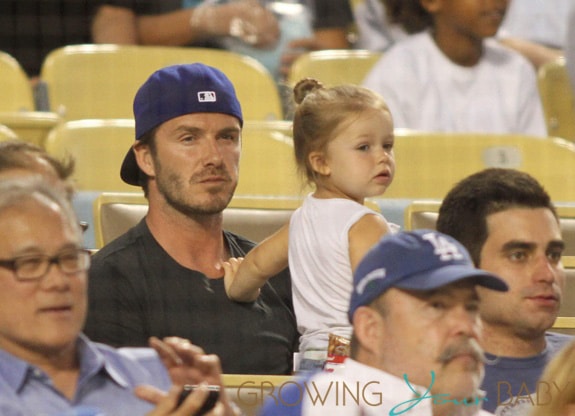 Missing his former team, the LA Galaxy, David dusted off his pink cleats earlier in the week and trained with the players at the team’s training facility. Newly retired, his heart is still with the team he played with for 6 years.