David Blaine was all smiles on Friday night while standing with his wife Alizee Guinochet and their daughter Dessa before he geared up for his latest challenge ‘Electrified’ at Pier 94 in Manhattan. 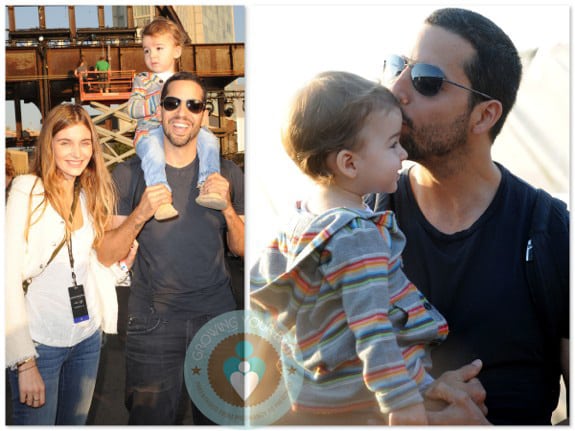 For the stunt David will stand on a podium 20 feet above the ground dressed in a 27-pound chain mail suit, wire helmet and visor where he will be hit by 1 million volts of electricity from seven Tesla coils for 72 hours straight. 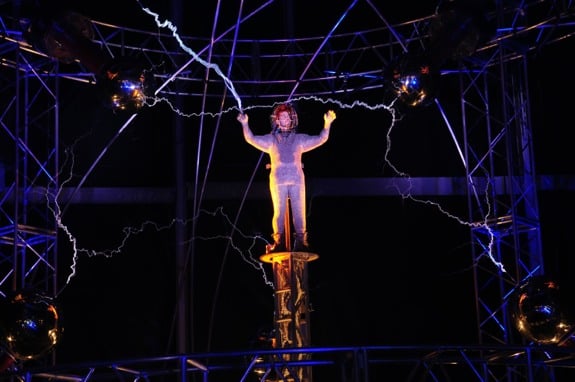 “I had wanted to do this for years,” the 39 year-old said. “I don’t know how I could ever top this. This is an overly ambitious idea, and I’m literally shocked that it came together.”

The metal suit he is wearing, which is known as the Faraday suit, has been designed so that the currents will cross his body without ever touching his skin.

While the the actual stunt is not said to be treacherous the concern is that David may become tired and absent mindedly touch his face. The shock would be equivalent to that of seven Tasers. 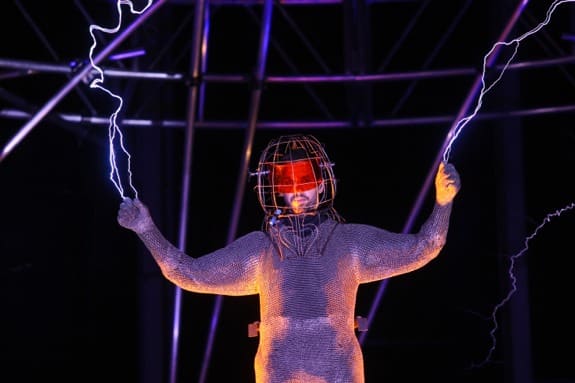 During a chat on Reddit on Thursday, David said the hardest part would be “staying awake … standing the whole time, wearing armor and not being able to move very much.”

“I actually have a harness so I don’t fall off and die, which normally I would never worry about,” Blaine said.

Electrified is the first stunt David has attempted since becoming a dad two years ago. The arrival of his daughter Dessa, he said, has caused him to rethink his challenges.

“Becoming a dad, of course, it changes you now have a purpose in life.

“I think differently about what I’m doing and this time we have a very serious team and I feel very confident that I’ll pull this off and be perfectly fine at the end,” he said.