When expecting a new baby, there are lots of things to prepare – the nursery, the gear, budgets, and feeding options. But there’s one decision that you might want to let go of; at least that’s what one study suggests after looking at the views on parenting and gender roles of mothers, and how they correlated with the desire to know their baby’s gender prior to birth. 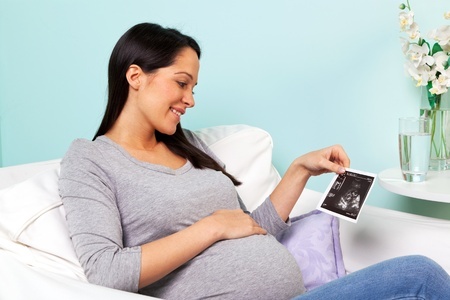 “We don’t know this for sure yet, but [an] expectant mother’s choice on whether to find out their baby’s sex may show gender role attitudes that will shape how they raise their children,” Letita Kotila, lead author of the Ohio State University study, told Psych Central.

She and her colleagues (Sarah Schoppe-Sullivan, associate professor, and Claire Kamp Dush, assistant professor, both in human sciences at Ohio State) looked at the preferences, experiences, and behaviors of 182 expectant mothers. They administered a variety of tests to measure aspects of personality, gender role believes, and expectations related to parenting perfectionism.

About two-thirds of the mothers that participated in the study already knew their baby’s gender. Researchers said that this group of mothers tended to be less educated, have lower household incomes, and were less likely to be married than the women who did not know their baby’s gender. But there was more to it than just that. These mothers were also more likely to follow the typical gender stereotypes and scored higher in parenting perfectionism (setting unrealistically high standards for their children) than those that did not know their child’s gender before birth.

“More than other expectant mothers, they may think knowing the child’s sex will relieve some anxiety during the uncertain pregnancy process,” Kolita told Psych Central.

Schoppe-Sullivan says that need to know and control may end up having a long-term effect much bigger than any mother may realize.

“If you know ahead of time that you’re having a girl, are you layering on all the pink and purple in a way that is going to push an extremely feminine ideal on your child?” Schoppe-Sullivan told Psych Central. “This may affect what paths a girl thinks is appropriate, all the way to what kind of careers she considers.”

In contrast, mothers that did not know the gender of their child prior to birth were more likely to display egalitarian gender role beliefs (the belief that all responsibilities, including parenting, should be shared by men and women). They are also more likely to be conscientious and “open to experience.”

“These women may be more willing to let their pregnancy unfold naturally and not feel the need for tests to reveal the child’s sex,” Kolita said.

“These women have egalitarian beliefs, but also this personality trait of conscientiousness in which they stick to their beliefs and act on them,” Schoppe-Sullivan said. “A conscientious, egalitarian expectant mother may want to wait to find out the sex of the baby because she doesn’t want to create an environment that reinforces old gender stereotypes.”