When little Amiracle was born, she weighed a mere 10.5 ounces. Thought to be the smallest ever surviving baby ever in Northern California, she was only given a 50 percent chance of survival, but has defied all odds. And, despite the lingering complications, she’s home and she’s still fighting.

“I held her in the palm of my hand,” David Jackson, Amiracle’s father, told ABC News 10. “They had told us she wasn’t going to make it.” 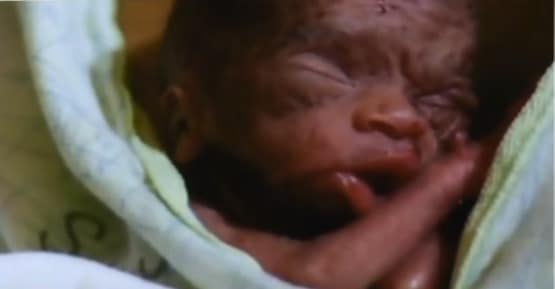 But she now weighs 20 pounds, and she was able to go home with her parents last January. Though her lungs aren’t fully developed, and she needs oxygen 24 hours a day, her parents couldn’t be more proud of their daughter’s fighting spirit.

“Eighteen months later and she’s still pushing,” Amiracle’s mother, Felicia Brown said. “She’s still fighting like she was from the beginning. Everybody don’t get to see God’s work and it’s a blessing.”

Because the family is low income, they are struggling to make sure her needs are fully met, but they have been given some outside help, including an in home nurse that comes to check up on Amiracle 8 hours each day, and gas funds to transport her to the hospital when complications arise. 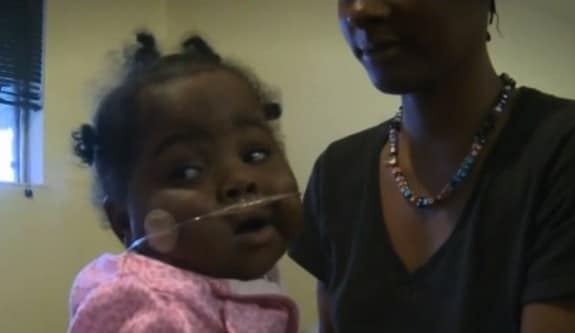 “It’s hard to get here from Stockton. They don’t have gas money. We have to give them gas money,” Dr. Phuoc Le, an assistant professor of Pediatrics at UCSF who took care of Amiracle the last time she was in ICU, told ABC News 10. “It was during the winter and she caught a virus.”

“It’s a super tough situation,” Le said. “She could get the flue and could get really sick this winter. Could be another few months of hospitalization.”

But, because of her fighting spirit, even Le is hopeful that Amiracle will someday be strong enough to breathe on her own. And he recognizes that it’s that same spirit that helps his parents hold onto their faith that their baby girl will stay with them and keep doing what she does best: surviving.

“We know now Amiracle isn’t most babies,” Felicia said. “So we just take it one day at a time, and we thank God that we still have her here.”