Home » DHA during Pregnancy May Extend Gestational Time for Micro-Preemies 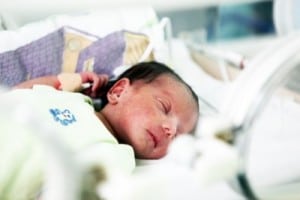 All babies born before 37 weeks gestation are considered premature, which puts them at a higher risk for a number of complications. But for babies that are born before 34 weeks gestation, the complications can be devastating. Not only are these babies at a very high risk of having life-long complications, these infants account for a very large portion of all infant deaths. Extending the gestational time, even by days or weeks, can improve the overall outcome of a preterm delivery; a recent study indicates that DHA supplements taken during pregnancy may give some mothers those few extra, precious days.

Susan Carlson, lead researcher on the study, and her colleagues, recruited 350 women between eight and 20 weeks gestation. All of the women were given a supply of capsules – half of them received placebos (comprised mostly of corn and soy oils) and the other half received capsules that contained 200mg of algae-derived DHA. All women were instructed to take their capsules three times daily until they gave birth.

“It didn’t reduce all preterm births, but reduced the riskiest preterm births,” Carlson, a nutritionist at the University of Kansas Medical Center in Kansas City said in the recent study, which was published in the American Journal of Clinical Nutrition.

Unfortunately, other studies on essential fatty acids during pregnancy have provided mixed results. No substantial evidence exists when it comes to fatty acids and baby’s brain development. And a study from Mexico did not find any evidence that DHA extended the gestational period for women. However, that study used only 400mg of DHA per day; this particular study used 600mg, which could indicate that at least this much must be taken to receive any pregnancy prolongation benefits.

Either way, some researchers believe that this particular study gives some clear evidence that DHA can improve the outcome for extreme premature births by extending the time that babies spend in the womb. One such doctor is Maria Makrides, professor of human nutrition at the University of Adelaide in Australia. In fact, Makrides states that there are other studies out there that have indicated that DHA supplementation can extend pregnancy time for mothers that may delivery very prematurely.

“It seems that one of the very few consistent effects of fish oil and other marine oil supplementation in pregnancy is to increase duration of pregnancy by 2-3 days,” Makrides said.

Dr. Emily Oken, of the department of population medicine at Harvard Medical School in Boston, who was not involved in the study, told Reuters Health that this study is “definitely reason for enthusiasm.”

Her statement may have given, at least in part, because, on average, women from the United States tend to have shorter pregnancies and lower weight babies than other developed countries in the world. Carlson says this may be due to the fact that many women in the U.S. actually avoid fish altogether during pregnancy because of concerns over mercury levels found in fish. Carlson says she believes that this may mean that many women are missing out on important nutrients like DHA, selenium, and protein.

“We shouldn’t discount the benefits of eating fish,” up to two times a week during pregnancy,” Oken said. However, fish like swordfish, tilefish, mackerel and shark should be avoided because they are known to contain high levels of mercury.