Home » Did You Suffer From Precious First Born Syndrome? 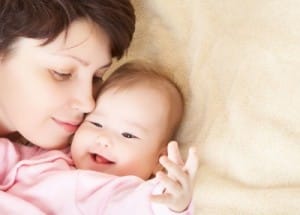 When I had my first son the world stood still anytime there was something wrong with him.

Because he spent the first 4 months of his life in the hospital, we were, and still are very overprotective of him.

It seems that we were not the only parents who did crazy things to make sure our little man was safe and sound. New research has uncovered some pretty over the top tales of devoted moms who doted over baby #1, while those who came after received sub-par care.

Among examples of attention lavished on the ‘precious first borns’ (PFBs) were tales of how mothers rubbed shampoo into their own eyes before using it on their baby to ensure it wouldn’t sting, and pulling their prams backwards for miles to keep the sun off their adored offspring.

Some moms admitted to following in-laws “secret-agent like” and turning impressionable infants away from television screens in cafés.

While they will conscientiously disinfect everything that comes into contact with their PFB and change them up to 150 times a week, their later children have to make do with items licked clean by the dog and stew in their own juices until their parents are ready to deal with them.

The term PFB and its poorer sibling the Neglected Subsequent Children (NSCs) were coined by members of the parenting website Mumsnet. Among the tales of devotion members reported was one of a mother that used a hairdryer on her baby’s bottom after changing her.

“She was chatting to her neighbour and asked if they were ever disturbed by her crying,” she said.

“The neighbour assured her they were not, but that they had been woken once or twice by what sounded like a hairdryer.”

Another self-obsessed mother turned down an invitation to a friend and her baby’s christening party because she thought her own child’s “total gorgeousness would show their baby up and make them feel bad”. Another shame-faced member reported how she screamed at her partner and kicked him because he tried to cross the road with their baby in the pram without checking with her if it was safe to do so.

“I then stayed awake all night sobbing about the dreadful trauma of the baby sensing, in his sleep, that his parents had rowed,” she added.

I believe that ‘Precious First Born Syndrome’ comes from inexperience. New moms don’t know if the baby won’t get a rash if they leave a poopy diaper for a couple minutes and they don’t trust others to babysit because they have no proof that they can do it.

This all fades with the second baby because you have been through more and are confident with your parenting decisions – not because the subsequent children are less important.