In honour of National Train Day, May 7th, Dinosaur Train has planned a variety of special programming and activities all month.  The fun starts today, with a brand new episode, airing on PBS. 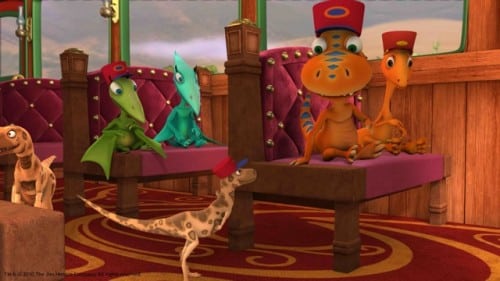 We’ve been enjoying Dinosaur Train, from the Jim Henson Company, in our house for a while now.  My son is obsessed with all things prehistoric and Dinosaur Train actually teaches him real dino facts.  I love that the show doesn’t ‘dumb it down’ for kids.  They use proper vocabulary and as a result, I’ve seen a definite increase in my son’s grasp of terminology.

If kids can memorize crazy superhero names, they can get a handle on terms like Triassic, Jurassic and Cretaceous.  The Jim Henson Company understands that and has enough respect for the intelligence of children and parents to keep the show smart.

The new episode is of the same stellar quality we have come to expect from Dinosaur Train.  This particular episode focuses a little more on train travel.  It gets into the inner workings of steam engines and gives an overview of the Mesozoic era as a whole.  It’s actually a great introduction to the show, if your kids haven’t seen it before.

Dinosaur Train is a smart show, with fun and engaging characters.  Kids learn about prehistory generally, facts about specific dinos and some life lessons along the way.  At the end of each segment, Dr. Scott, the palaeontologist, gives some more detailed information and a review of the important facts contained in the episode. 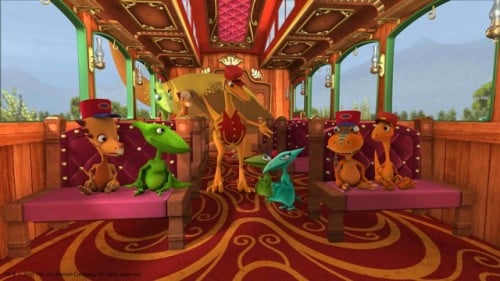 I wouldn’t be a bit surprised if Dr. Scott is responsible for a surge in the number of palaeontologists coming out of universities in about 20 years.

There are some new games, activities and themes on the Dinosaur Train website this month too.  Be sure to check out all the railroading fun.

In addition, a selection of Dinosaur Train Collectible Train Cars is hitting the market.  Kids can build their own Dinosaur Train with all their favourite characters, or use one or two cars to expand an existing train collection.  The Buddy train car became an instant favourite around here, with my son carting Buddy everywhere, from his bedroom to the car to the bath. 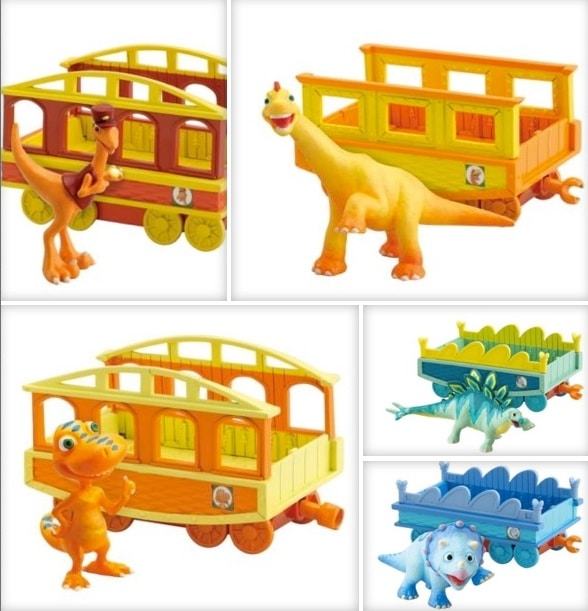