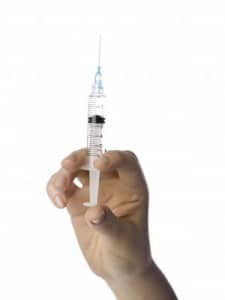 When we are sick, we look to doctors to heal us. When we need information about our health, we expect our doctors to give us the most accurate information available. And when new information is presented, we expect that those giving it have acted with integrity and honesty. Unfortunately, doctors are also human, so it doesn’t always work out this way. But their humanity doesn’t change the fact that we often make very important decisions based on what they say. The measles outbreak in the United Kingdom is a prime example of what happens when doctors fail to act with integrity.

More than a decade ago, Andrew Wakefield and his colleagues published a paper that linked autism to the measles, mumps and rubella (MMR) vaccine. Several large studies failed to find that same connection, and at least a dozen major UK medical groups rejected the theory. In the end, the paper was retracted by the medical journal that published it, and Wakefield lost his right to practice in the UK.

Reportedly, Wakefield had subjected children at his son’s birthday party to invasive testing. He drew blood samples from the children and paid them about 5 pounds each, and then later joked about the incident afterwards. In the end, Britain’s top medical board ruled that Wakefield and his colleagues acted with “callous disregard” for the children of the study. But the effects of his study have been long-lasting and far reaching.

Before the study, the country reported only several dozen cases of measles per year. But because of Wakefield’s study, more than a million parents have refused the MMR vaccine for their children. As a result, the UK is now has the second highest number of reported measles cases in Europe, falling only behind Romania. More specifically, over 1,200 cases have already been reported for this year, and last year, the country topped out at a record number of almost 2,000 cases.

“This is the legacy of the Wakefield scare,” Dr. David Elliman, a spokeswoman for the Royal College of Pediatrics and Child Health told Canada.com.

And despite the fact that the study was discredited and pulled from publication, the rumors about the MMR are still having an impact on the general public. Even celebrities like Jenny McCarthy can be found discussing the rumored link between the MMR and autism. McCarthy has an autistic son and cites the vaccine for her son’s condition.

But there are even worse implications than just continued rumors. With the UK vaccine rates falling from over 90 percent to 54 percent over the last 15 years, there is a “group of older children who have never been immunized who are a large pool of infections,” Elliman said. And the numbers indicate that Elliman is right. More than 100 children have fallen seriously ill from the measles. Almost 20 of those have been hospitalized and fifteen have suffered serious complications, including pneumonia and meningitis. And, though it’s not clear if measles was the cause, one adult with the illness has died.

What’s more, the UK’s outbreak has affected other parts of the world. In the U.S., there were 55 reported cases of measles. This year, there have been 22 reported cases, three of which were traced back to Britain. Previous years have shown the UK to export more measles cases to the US than less developed countries like Africa.

To stop the outbreak, more than 95 percent of all UK children need to be fully immunized. Unfortunately, in some parts in the UK, the rates are still below 80 percent. Part of this is because, unlike in the U.S., children in the UK are not required to receive vaccines before attending school. Parents are encouraged to have their children immunized, but at this time, Britain’s Department of Health says they have no plans of setting any such mandatory vaccination schedule.

But things may slowly be turning around in the UK. According to Portia Ncube, a health worker at an East London clinic, the struggle to convince parents to get the MMR has been less difficult since the epidemic in Wales.

“They see what’s happening in Wales, so some of them are now sensible enough to come in and get their children vaccinated,” she told the Daily Mail.

Parents like Ellen Christensen, mother of an infant son, admits that she previously had some “irrational qualms” about the MMR vaccine.

“But after reading more about it, I know that immunization is not only good for your own child, it is good for everyone,” she told Daily Mail.