Disney has announced that it would limit fat and calories in foods bearing the faces of Mickey Mouse and friends, following a food industry trend toward healthier meals for kids. 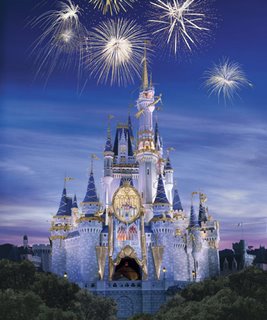 Beginning this month, kids’ meals at Disney parks and resorts are being served with low-fat milk, juice or water instead of soft drinks. French fries are being replaced with apple sauce or carrots.

Disney also said it has outlined new guidelines for the foods using its product licenses, and it expects most of its licensed foods to conform to the new policy by the end of 2008.

The move also follows the expiration this year of a decade-long exclusive deal with Disney to promote its films with McDonald’s Corp.’s fast-food kids’ Happy Meals.

“We think it’s the right thing to do for our business. We became convinced that more and more parents are looking for more choice as they seek to design an overall healthy diet for their kids.” Disney Chief Financial Officer Tom Staggs 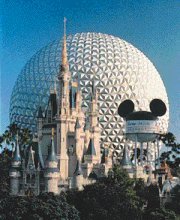 Disney has pledged to eliminate artery-clogging trans fats from the food served at its theme parks by the end of 2007.

The company said it will continue to license sweets like birthday cakes and candy but will limit those items to 15 percent of its licensed portfolio by 2010.

At the Disney parks, parents will be able to ask for soft drinks or fries at no additional cost, though Disney said tests showed that about 90 percent of parents stayed with the more nutritious options.

This is a big victory for parents. When you go to these big amusement parks you feel like your being held hostage with no good food choices. Maybe Cedar Fair, who just aquired paramounts amusement parks, is listening and they will follow suit.