There is no denying that Encanto, inspired by the people and cultures of Colombia, is this year’s hottest animated musical. This Spring guests visiting Disneyland will enjoy special appearances by Mirabel and her family throughout the park. 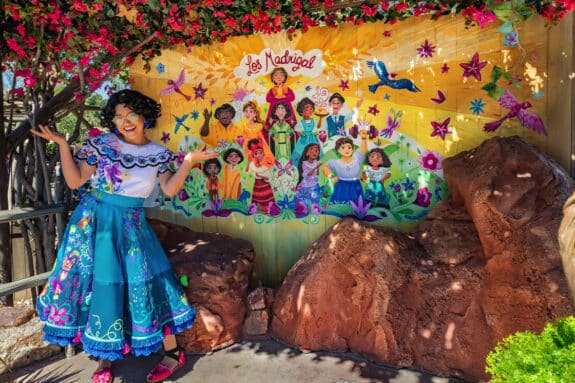 Beginning April 11, 2022, for a limited time, the iconic façade of it’s a small world at Disneyland Park becomes enchanted several times each evening with a brief visual montage that pays tribute to Walt Disney Animation Studios’ “Encanto” hit song, “We Don’t Talk About Bruno.” This musical delight comes to life through projection and lighting effects and an artistic style inspired by the lyrics, with select moments that feature characters from the film. Like the Madrigal family’s Casita, tiles across the ‘it’s a small world’ façade flip, turn, and rearrange themselves as one scene transitions to the next, culminating in a celebratory chorus and a nod to Bruno’s mysterious prophecy about Mirabel. 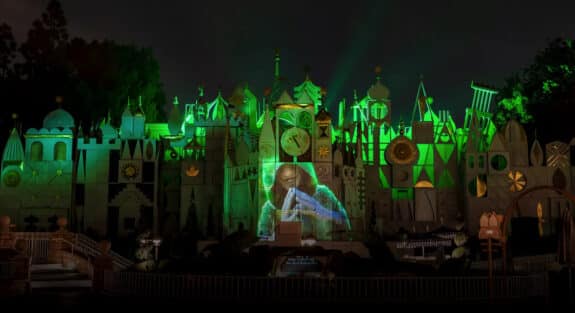 In honor of the 50th anniversary of the “Main Street Electrical Parade,” this nighttime spectacular will return to Disneyland Park, April 22, 2022. As the new grand finale passes by, guests along each side of the parade route will see a different set of stylized scenes from classic and contemporary favorite stories. 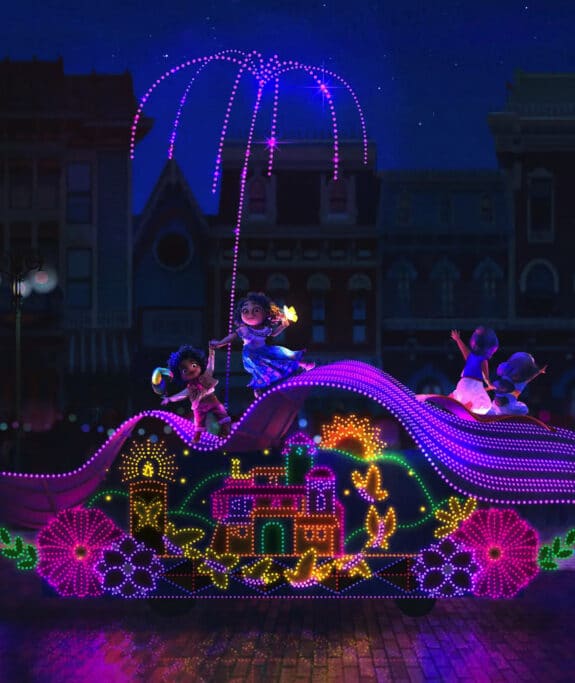 The story from Encanto will be interpreted in thousands of sparkling lights and electro-synthe-magnetic musical sound, with unique representations of beloved characters as animated dolls.