Home » Do Boys Who Favor Their Mothers Have Better Mental Health? 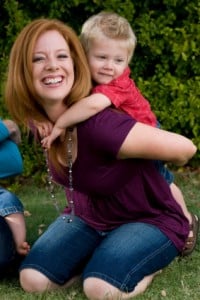 The stereotypes for boys tend to be that they are physically tough and emotionally stoic, ignoring emotions and feelings that are seen as typically female. A new study, however, shows that breaking out of these stereotypes can lower stress and improve the mental health of boys. And it may just be their mothers who can help.

Carlos Santos, a professor at Arizona State University School of Social and Family Dynamics, surveyed 426 boys of middle school age. He found that the older a boy became, the more he tended to fall into the typical male stereotypes. However, boys who remained emotionally close to their mothers tended to fall less into the stereotypes of maleness. These boys were more emotionally available, and had better mental health for it.

The boys were given a series of questions to answer regarding the qualities of autonomy, emotional stoicism and physical toughness. The questions were designed to measure how the boys felt about these values over all. Boys across ethnic and racial lines all tended to answer the questions similarly, adopting the more male stereotypes at an even rate.

“If you look at the effect size of my findings, mother support and closeness was the most predictive of boys’ ability to resist [hyper-masculine] stereotypes, and therefore predictive of better mental health,” Santos said.

More than just mental health, men who fall into the typical male stereotypes also tend to have poorer physical health. They are less likely to seek medical care when they are ill or injured. Prizing physical strength over emotional openness can also increase stress, especially during an age when stress levels are already elevated such as adolescence.

“Boys have unbelievably deep relationships with other boys,” says Niobe Way, a professor of psychology at New York University and author of the upcoming book Deep Secrets: Boys, Friendships and the Crisis of Connection. “But then at adolescence they feel this pressure to ‘be a man.’ That can be damaging. It’s right at the age of 16 that suicide rates go way up among males. I say, somewhat tongue-in-cheek, Growing up can be bad for your health.”

Though some feel that these differences are based on how male and female brains are wired, Santos believes the differences are based more on culture. Sharon Lamb, a professor of mental health at the University of Massachusetts at Boston, agrees with him. Her research into action figures and how they influence boys shows that the culture has changed to promote hypermasculine ideals.

“There is a big difference in the movie superhero of today and the comic-book superhero of yesterday,” Lamb recently wrote in a press release about her research. “Today’s superhero is too much like an action hero who participates in nonstop violence; he’s aggressive, sarcastic and rarely speaks to the virtue of doing good for humanity. When not in superhero costume, these men, like Iron Man, exploit women, flaunt bling and convey their manhood with high-powered guns.”