Home » Doctor Recommends Fetus Sex Not Be Disclosed Until 30 Weeks 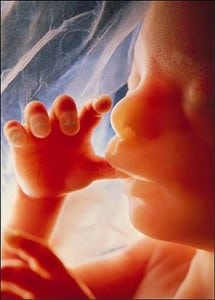 A few months ago, we featured a story on selective reduction in multiples. In some cases, the parents didn’t want to know the gender of the fetuses. For others, the gender of each fetus was used to determine which fetus to abort.

But multiples aren’t the only pregnancies where sex selection abortions may take place. In countries like China, couples are only allowed a limited number of children. Boys are often favored because they are able to carry on the family name. Because of this, even singleton sex selection abortions are done to help ensure that the family has a male child. Doctors have long felt that these types of abortions are unethical.

Dr. Rajendra Kale, interim editor-in-chief of the Canadian Medical Association Journal has made a recommendation that is certain to be controversial for parents and doctors alike. He says that the solution to sex selection abortions is simple; doctors should withhold fetus gender until 30 weeks gestation, when abortion is no longer an option.

“A pregnant woman being told the sex of the fetus at ultrasonography at a time when an unquestioned abortion is possible is the starting point,” stated Dr. Kale in an online editorial.

“A patient is entitled to obtain personal medical information, including information about the sex of her fetus, it will sometimes be impossible for health care professionals to avoid unwitting participation in sex selection,” ACOG stated in a committee report.

Kale argues against the ACOG’s statement, however. He says that the woman’s right to information pertains to her health and her medical care. The gender of the fetus is irrelevant from a medical standpoint unless sex-linked illnesses are a possibility.