Home » Doctors Do First Ever MRI Scan of Birth 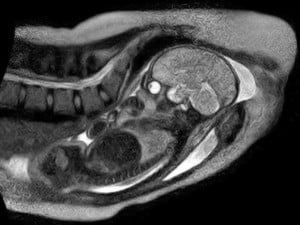 The secrets of what exactly happen during childbirth may finally be revealed. Doctors in Berlin, Germany have successfully managed the first ever MRI scan of an infant as it was being born. The results of this could help doctors all over the world better understand the birthing process.

The scan was created of a German woman, who gave birth inside an magnetic-resonance imaging machine. The result was an image of birth that no one has ever seen. All of the small movements and changes that happen as a child makes it’s way down and out were recorded in detail, showing exactly how the process works.

‘We can now see all the details we previously could only study with probes,’ gynaecologist Ernst Beinder at Berlin’s Charité Hospital said.

The doctors had to create an MRI machine that would better fit a laboring woman in order to get the images. Most machines, are narrow tube shaped and do not allow much movement. For this, an open design was created that allowed room for the mother and her midwives to move. Several woman volunteered to be a part of this experiment, and five more births are expected to be scanned in the following weeks. 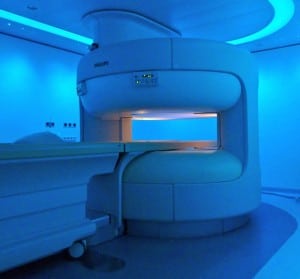 Unlike an x-ray, MRIs are relatively safe to use. The machine uses powerful magnets that makes the atoms of the body detectable by radio waves. The only issue is the extremely loud sound the machine can produce. To counter this, the mother wore earmuffs that would block out the loud sound. The machine was also switched off as the amniotic sac opened, to prevent hearing damage to the infant.

The results of this scan could be beneficial to doctors as they try to understand why some women are unable to give birth vaginally. Seeing how the process truly works, they may be able to provide more support to women whose infants are not moving down the birth canal properly. The scan looked at how the bones, muscles, and soft tissue worked during the birth.

As more scans are developed, doctors will get a better understanding of exactly how the birth process works from the inside. – Summer, staff writer