When delivering a premature baby, Neonatologists often move quickly to get the baby out and onto life support to improve their chances of survival. But one team at LA’s Cedars-Sinai Medical Center paused for just a second to marvel at a 26 week old baby who was delivered in his amniotic sac. 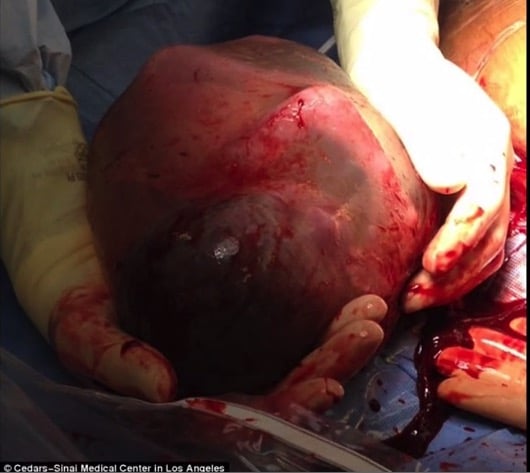 “It was a moment that really did, even though it’s a cliché, we caught our breath. It really felt like a moment of awe,” Neonatologist Dr. William Scott Binder told CBS Los Angeles. “This was really a moment that will stick in my memory for some time.”

Although the moment lasted just seconds, Dr. Binder was able to take a couple photos before the team needed to burst the amniotic sac to allow baby Silas to breathe oxygen.

It wasn’t until hours later when the baby’s mom, Chelsea Phillips, was made aware of her extraordinary delivery.

When she heard how rare her son’s birth was, she was flabbergasted. “I was like, oh my gosh, Silas, you’re a little special baby,” she told KCAL. 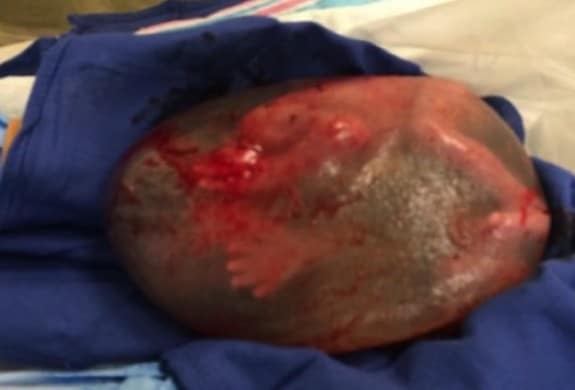 “It was definitely like a clear film where you could definitely make out his head and his hair. He was kind of in a fetal position and you could see, like, his arms and his legs curled up,” She told CBS. “It was actually really cool to see.”

Normally during childbirth the sac ruptures, causing ‘the water to break’, or the baby will come out partially covered by the membrane when they are delivered.

Being born ‘en caul’ is said to be good luck, and that is definitely true in this case. Despite his early start, doctors say Silas – who is now 12 weeks old – is doing well and should be heading home in less than a month. 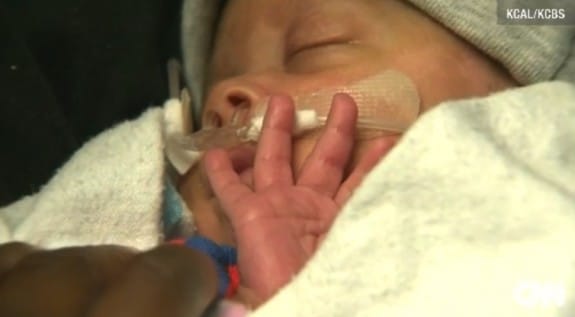