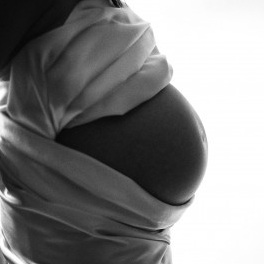 Some women have experienced remission of autoimmune diseases during pregnancy that they could not explain. A new study may show the link between pregnancy and immune system related diseases.

Howard R. Petty, Ph.D., biophysicist at the University of Michigan Kellogg Eye Center and Roberto Romero, M.D., of the National Institutes for Health have found an enzyme that may provide the link between pregnancy and autoimmune diseases. Known as pyruvate kinase, this enzyme is reduced in the immune cells when a woman becomes pregnant. Understanding this reduction could be the key to many autoimmune diseases, such as rheumatoid arthritis and type 1 diabetes.

When the enzyme pyruvate kinase is lowered during pregnancy, the immune system is weakened and cell growth increases. The cell metabolism supports increased production of lipids, carbohydrates, and amino acids; all necessary for pregnancy to continue. However, this does not always work correctly. In the study, Dr. Petty found that women who had pre-eclampsia had higher levels of pyruvate kinase than healthy pregnant women.

The study involved 21 women with healthy pregnancies, 25 women with pre-eclampsia, and a control group of non-pregnant women. The researchers used several methods to test the cells of their immune systems, including fluorescence microscopy and flow cytometry. Because of the results, Dr. Petty hopes that one day doctors will be able to predict pre-eclampsia before it fully develops by testing women for higher pyruvate kinase levels.

The full study is set to be published in the American Journal of Reproductive Immunology in August. – Summer, staff writer