Home » Does Your Baby Need More Time In The Sun? 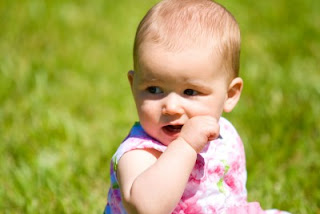 Parents of northern babies are being reminded that babies should have their vitamin D supplements increased between October and April because of the lack of sunlight.

Even though the standard care for years in Canada, and in some other industrialized countries for decades, has always been to supplement infants up to one year of age with 400 IU of vitamin D, that should be doubled to 800 international units (IU) in the winter months.

Fortified milk, cereals and oily fish are the most common food sources for vitamin D, but the best source is sunlight, which prompts the body to make the vitamin when it hits the skin.

Baby formula accounts for 400 IU daily, so formula-fed babies only need an extra 400 IU of vitamin D in the winter.

Breastfed babies require 100 per cent supplementation because, while breast milk is fantastic nutrition, the one thing it doesn’t have enough of is vitamin D, says Dr. Raphael Sharon, an Edmonton pediatrician and vice-president-elect of the pediatric section of the Alberta Medical Association.