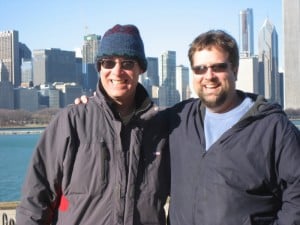 Todd Taylor, a democratic state lawmaker is fiercely pushing for a law that would allow Iowa mothers to donate their umbilical cords to public banks. It was because of a donated umbilical cord of an Australian newborn that Todd’s brother Wayne who suffered from blood cancer is on the road to recovery.

A doctor in Florida and a father of three, Wayne Taylor was 52 years old when he was detected with blood cancer. The cancer was spreading rapidly and all efforts to find a possible bone marrow transplant match failed.

“He was marching toward the end,” said Todd.

In 1993 Todd and his three siblings lost their mother to blood cancer. The siblings did not match for a bone marrow donation. A registry did find a match eventually for Wayne but the women was disqualified when she became pregnant.

Then the family got news from a match with an Australian newborn whose mother was willing to donate the umbilical cord to a public cord saving bank. When the baby was born the umbilical cord was shipped to Tampa and on January 19 Wayne underwent cord blood transplantation.

Now Todd hopes that Iowa will pass a law, like 20 other states in the US,  that will allow new mothers to donate their newborn’s umbilical cord to public banks. Currently, there are 30 public banks in the United States.

According to Colleen Chapleau, administrator of the University of Iowa Hospitals & Clinics’ bone marrow transplant program the nearest public bank for people of Iowa is in St. Louis. “A physician collects the umbilical cord blood in a special kit that’s stored frozen until it’s shipped to a patient who needs it”

Umbilical cells are collected only after a healthy baby is delivered unlike embryonic stem cells that are harvested from a fetus.

These cells can be used to treat a number of ailments including cancer, heart and liver disease, multiple sclerosis and diabetes. In the US more than 80, 000 people have received cord blood cell transplantation according to Zina Cary, national director of state affairs from the Leukemia & Lymphoma Society.

For cancer patients who undergo chemotherapy or radiation treatments, their body’s fighter white blood cells get killed destroying their immune system. With the help of the new transplanted stem cells these patients can get any kind of cells, including the white blood cells and a healthy marrow.

“There is a trade-off: A mother who gives away her baby’s umbilical cord sacrifices preserving it to treat potential future illnesses of that child, a sibling or another family member. But private cord banks cost more than $1,000, while donation to a public bank is free”, Cary said.

Todd hopes that more mothers are willing to donate the precious cells and save lives just like his brother’s life was saved.