The surgery and 18-month follow up of the first successful double-hand transplant has been reported in The Lancet Child and Adolescent Health journal.

The surgery took place in July 2015 at Children’s Hospital of Philadelphia in collaboration with Penn Medicine. Lead surgeon was Dr. L. Scott Levin, Chair of the Department of Orthopedic Surgery at the University of Pennsylvania’s Perelman School of Medicine and Surgical Director of the Hand Transplant Program at Children’s Hospital of Philadelphia. 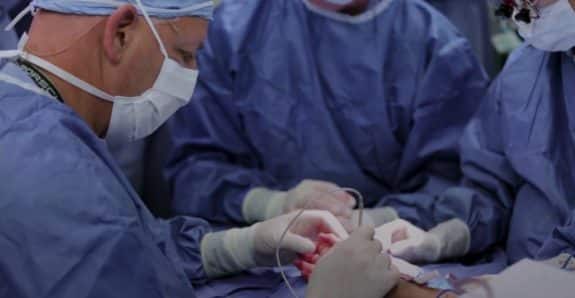 The 8-year-old boy who received the transplant is now able to write, feed and dress himself following months of occupational therapy and psychological support.

The child’s journey has not been without setbacks. He was treated for multiple rejections of the hands and underwent extensive rehabilitation in order to learn to use them. But 18 months after his surgery he is far more independent and able to complete many functions. He still receives daily therapy to increase hand function, and psychological support to deal with the ongoing demands resulting from his surgery. 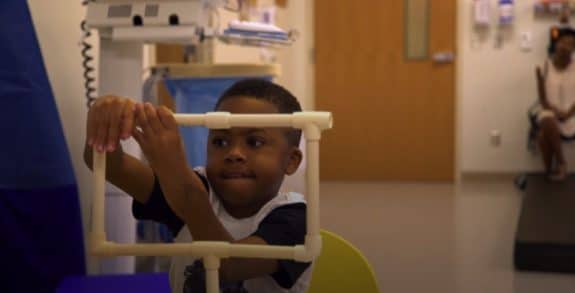 The child was chosen for the surgery because he was already receiving immunosuppression for a kidney transplant made necessary because of a sepsis infection. That infection led to the amputation of his hands and feet at the age of two. Prior to his transplant, he had limited ability to dress, wash or feed himself.

His mother’s hopes for the surgery were for him to more easily be able to dress, brush his teeth, and cut his food independently. The little boy hoped to be able to climb monkey bars and to grip a baseball bat. The surgery made both of their wishes possible.

The surgery took place when suitable donor organs became available from a deceased patient, and four medical teams worked simultaneously with the donor and child. Just six days after the surgery, daily occupational therapy began with the child using video games, finger lights and puppets, as well as practicing writing and using a knife and fork.

Both the boy and his mother also met regularly with psychologists and a social worker to help them cope with the changes and prepare for the child’s re-integration at school.

There have been some scary times in the months following surgery. The child fought off eight rejections – two very serious – and has been put on a steroid that could impact bone health and growth. Overall, the functional outcome has been positive, and doctors hope they will be able to reduce use of immunosuppression drugs at some point.

Researchers say that more data is needed to continue improving outcomes on this landmark surgery.