Home » A Dozen Twins in a Single Neighborhood!

There is something peculiar about two consecutive blocks in western Havana and someone visiting may be surprised when they see the number of identical faces around them. Ranging from 18 months to 65 year-olds, there are twelve set of twins living next to each other on this block!

“We were the first ones,” said Fe Fernandez, 65, who wears her grey hair closely cropped.

Her identical sister Esperanza has the same sharp features but black dyed hair that fall shoulder length. She calls it incredible.

68-A Street resembles any other neighbourhood in Havana with its beautiful porches and balustrades and traffic free lanes. But what makes it stand out is the number of twins born in the area with none of the births due to any fertility treatments.

“Hi, I’m Carla, and this is my sister Camila,” said Carla Rodriguez, a smiley, bespectacled 9-year-old. “We’re twins and we love living on this block because we have twin friends.” 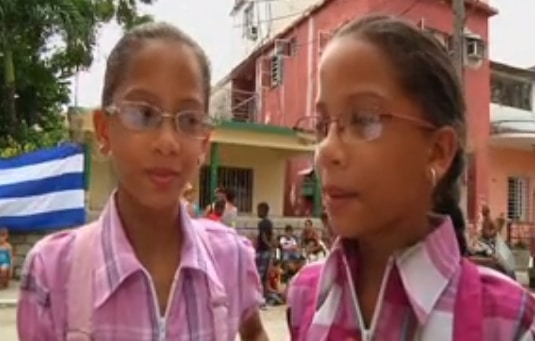 “I never expected it. No fertility treatments. It was my first pregnancy, and at five weeks they did an ultrasound and I was carrying twins.”

“It’s a lot of work. It requires a lot of patience,” Velazquez said. “They are very active and dominant, although each has a different character.”

Ten of the twin sets here are identical, and the other two fraternal.

The families interviewed by Associate Press say that all the twins have been conceived naturally and none of the families are related to each other. 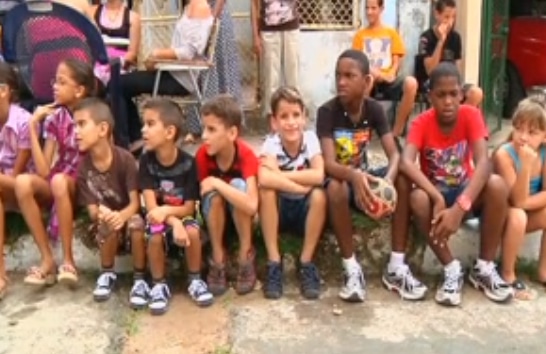 Eleven of the set of twins were also born into these homes, and the lone newcomers moved into a house that was vacated by twins who moved to Spain. Others have died or moved away over the years.

With about 70 houses in the two blocks and 224 people inhabiting them, there is a set of twin for every 20 people in the neighborhood.

Statistically there is the chance of one set of twins for every 80 live births but this is rising globally due to the increased use of fertility treatments in many countries around the world. Still, the Havana neighbourhood figures are quite surprising especially considering that identical twins occur naturally and have nothing to do with modern medicine. 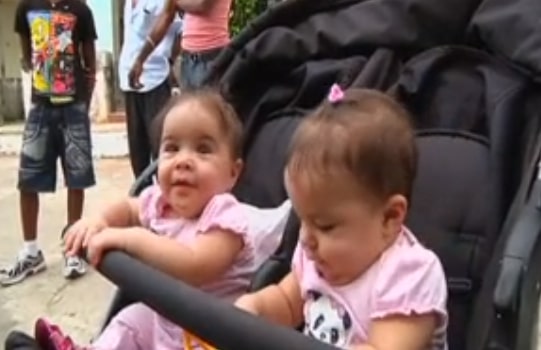 According to scientists, there are a number of factors that can favor twin births like, race, mother’s age and diet. Many Afro-Cubans trace their ancestry to Western Africa where the cases of twin births are higher.

“Something could definitely be there, it could be a combination of various factors,” Andrew Gelman, a statistics professor at Columbia University, said. “In addition, opportunistic counting can make a small and natural pattern appear larger.”

He adds that focussing on just these two blocks without analysing the larger area “puts the spotlight on a small subset.”

Till now there has been no scientific study done on the twins at 68-A street to look for a pattern, but the locals living here do consider themselves special.

“There are neighbors who are religious. Many say it’s the Siguaraya tree, which people ask for things and is in one of the homes,” Fe Fernandez said. “The people believe in it strongly.”

The Siguaraya a tree with white flowers, is considered a sacred tree in the Afro-Cuban Santeria faith and is associated with a powerful “orisha,” or spirit hence the association.

Mercedes Montero, mother of 21-year-old Xavier and Lorena though believes it is just a big coincidence.

“It’s a very big coincidence,” Montero said, “one of those strange things in life.”

Whatever the reason might be for the dozen twins, this Hawana community definitely celebrates a lot of double birthdays all the year round.