Drew Barrymore and husband Will Kopelman were spotted enjoying a leisurely day with their daughter Olive at the farmer’s market in LA. 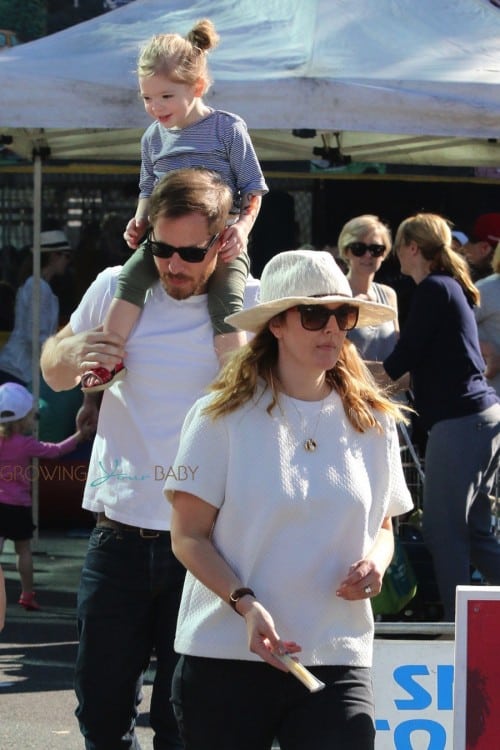 Drew was photographed cheering her daughter on as she rode one of the market’s ponies. 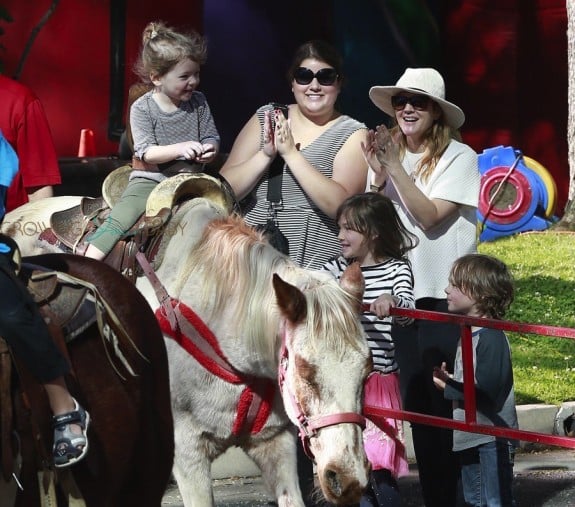 Afterwards Olive sat on her mom’s lap as they grabbed a bite to eat at an outdoor cafe. 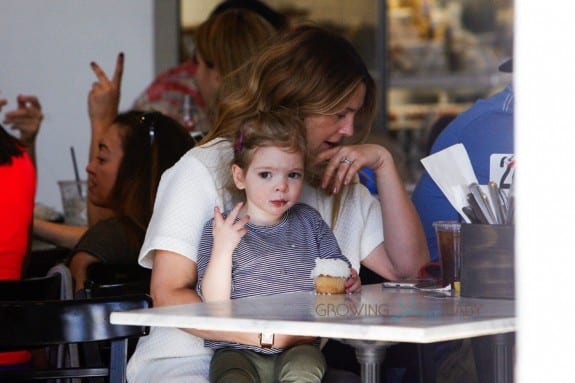 In November Drew told Today.com that her priority right now is her family.

“I think I will act less and less.   It’s hard to be present when you wake up before them and come home after they’ve gone to bed. That’s just not the way I want to have this journey with my kids at this point in their life.

“But maybe when they’re older, I will feel differently. But at this point, I think it has to be few and far between.”

This Fall Drew filmed her first role in over a year with Toni Collette. Look for the film, Miss You Already, to be out later this year!