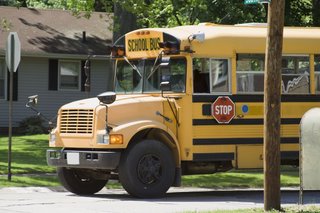 This story is every parents nightmare. When you put your kids on the bus in the morning, you put your faith in the fact that the driver is safe and of course sober.

A whole bus of innocent children were being chauffeured around by a driver who is 13 times over the legal alcohol limit. After being pulled over by the police in Australia, all he could say was “Can I finish my run, at least to drop these kids off?”

Is this guy for real? Finishing the run is the least of your worries!!

A country court in New South Wales state was told 50-year old David Stack had a blood alcohol level of 0.26, which is 13 times the legal limit for a bus driver, when he was stopped on November 7.

The court was told two adult passengers had alerted police after Stack’s bus was speeding and swerving across the road.

Stack, who pleaded guilty to the drunk driving charge, said he regretted his actions and had apologized to the children on the bus at the time.

Now unemployed, Stack will be sentenced in February.