Home » Duchess of Cambridge Is Pretty in Peach At Queen’s Coronation Service!

The whole family assembled to celebrate the 60th anniversary of the Queen’s Coronation, at Westminster Abbey, London, UK.

All eyes, however, were on the Duchess of Cambridge, Catherine Middleton. With just a few weeks to go in her pregnancy Kate looked beautiful in a a Jane Taylor hat and a bespoke Jenny Packham dress and coat. Not switching to flats just yet, she wore a pair of nude heels to complete the elegant ensemble. 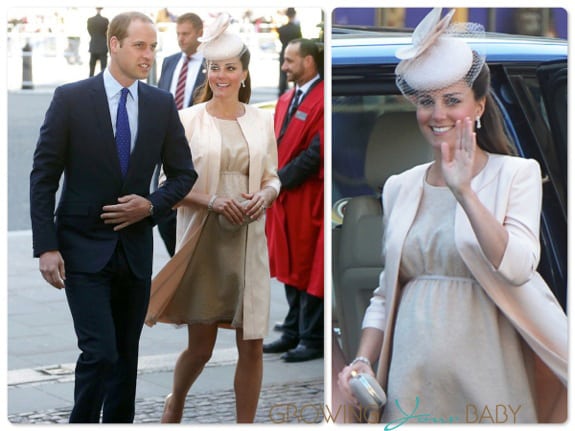 Her baby bump was evident under her flowy dress, but isn’t as pronounced as taller women often have narrower pregnant bellies. 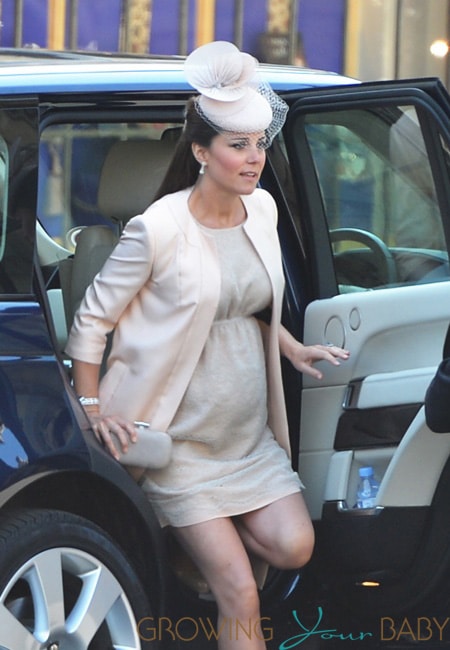 The Queen arrived at 11 o’clock wearing ‘an Angela Kelly dress, hat and coat, with the clothes made from oyster coloured silk-satin brocade that has been in the Buckingham Palace’s material room for a number of years.’ She was accompanied by her husband, the Duke of Edinburgh.  He had been unwell yesterday, which caused him to have to withdraw from a gala reception for the Royal National Institute of Blind People (RNIB) at St James’s Palace at the last minute. 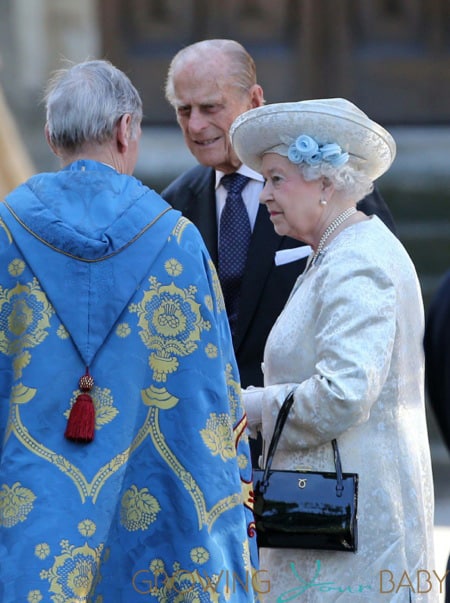 The Daily Mail reports that the ceremony will bring back many memories for the Queen as music and hymns from the 1953 Coronation will be performed once again, 60 years on.

The golden St Edward’s crown also left the Tower for the first time in 60 years today, making its journey to Westminster ahead of the ceremony. It was made for the coronation of Charles II in 1661 and has been used to crown every British monarch since. 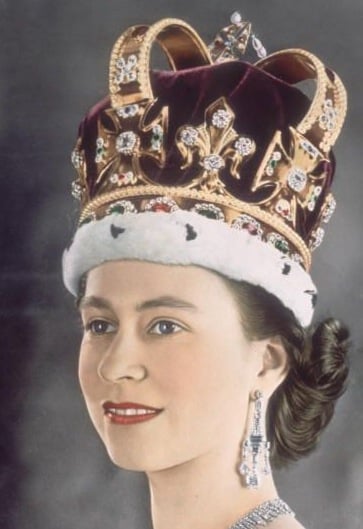 At 87, Elizabeth moves towards Queen Victoria’s record as Britain’s longest-serving monarch. When Victoria passed away in 1901 she was the longest reigning monarch at 63 years and seven months.