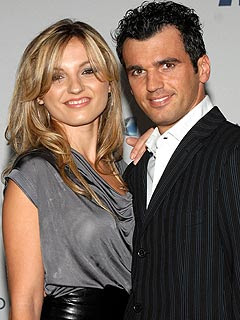 Congratulations to Tony Dovolani and his wife, Lina on the safe arrival of their new babies – a boy and a girl.

We are so happy, I can’t stop smiling,” an emotional Dovolani told People. “Lina was such a champ, and she looks incredible right now.”

This is the third child for the couple, who have been married for eight years. Daughter Luana turned three in August.

Tony is gearing up for season seven of ABC’s Dancing, whose new season premieres Sept. 22. He was in the middle of rehearsals with his celebrity partner, Susan Lucci, when he got the call that Lina was in labor.

“Susan was so understanding,” says Dovolani, who felt bad about cutting their rehearsal short. Lucci had to snap him out of it. “She told me, ‘What are you waiting for? Go!'”