A new study reports that babies who reach movement milestones sooner tend to have higher scores on developmental measures by the time they reach 4 years of age. Those cognition scores – measuring a child’s ability to pay attention, learn, and remember – were better among babies who learned to stand without assistance relatively early. 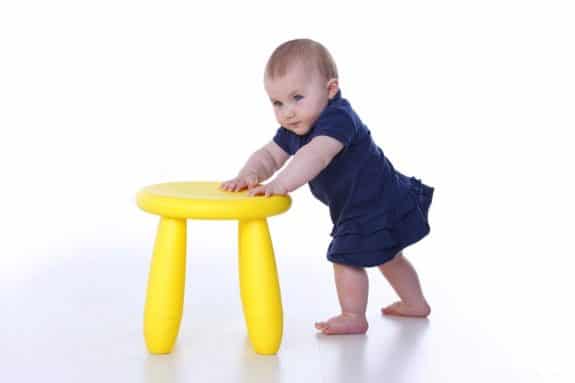 Researchers concluded that the study showed evidence that the age of achieving motor skills milestones was an important aspect of child development. The team from the US National Institute of Child Health and Human Development says that past studies have already identified a connection between age at standing and IQ in adolescence, as well as mental skills in an adult.

The findings for this study were based on 599 children whose mothers kept journals recording their milestone achievements. On average, the babies learned to crawl and stand with assistance at around 9 months of age, standing on their own at around 11 months. The “early crawlers” also tended to do better on developmental tests. In general, the babies who stood with assistance early did a bit better on age 4 tests of cognitive and adaptive skills.

The research team has speculated that there is evidence some of the same brain structures that underlie movement skills also play a role in thinking, memory and learning.

Pediatricians like Dr. Gloria Reifkohl of Nicklaus Children’s Hospital in Miami have reviewed the study and caution against making too much of it, pointing out that motor skills are just one facet of early childhood development. There is also language and social development to consider and the study found no connection between movement milestones and a child’s communication and social skills at age 4. This doctor says that the bottom line for parents is to take their child to the pediatrician for routine well-child visits, and discuss with your doctor any concerns about late development. Dr. Reifkohl reminds parents that “no child is exactly like any other.”

The new study was published online June 27 in the journal Pediatrics.