A struggle faced by children with Autism Spectrum Disorder (ASD) is their difficulty with social communication skills. These kids find it difficult to understand, interact and relate with others while communicating. To help tackle the problem researchers at the University of Missouri found that early, intensive therapy helps these children learn earlier and interact better. 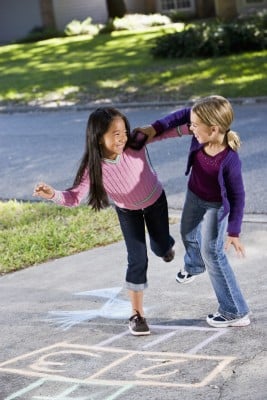 “It’s important for children with autism to begin treatment as soon as possible,” said Micah Mazurek, assistant professor in the School of Health Professions and the Thompson Center for Autism and Neurodevelopmental Disorders. “The more intense or comprehensive the therapy, the better it is in terms of helping children improve social and communication skills.”

The researchers collected data of more than 1000 children and adolescents with ASD. They then measured fifteen social-communication skills, including facial expressions, gestures, language comprehension, sharing enjoyment and appropriate social responses. They found that overtime 95.4 percent showed improvement in these skills.

The children who received therapy including behavioral, speech, and occupational therapy, had the best outcomes. When scientists analysed the age and the severity of the condition they found that children who received more intensive therapy at an early age showed enhanced skills overtime.

“With regard to social-communicative symptom severity, our study reveals that it is not IQ alone that contributes to improvements over time,” Mazurek said. “Instead, having a higher IQ may allow children to make greater gains in various types of treatments. Although IQ scores of children with ASD may be strongly influenced by their capacity for attention and ability to comply with tasks results indicate the need to design and examine alternative treatment approaches for those with intellectual impairments.”

The researchers found that children who were non verbal at 5 acquired the ability to speak better with the IQ and intensity of speech therapy given to them.

The study will be published in Research in Autism Spectrum Disorders. The research was funded by a grant from the Simons Foundation, a private foundation based in New York City that supports research to improve the diagnosis and treatment of autism spectrum disorders.