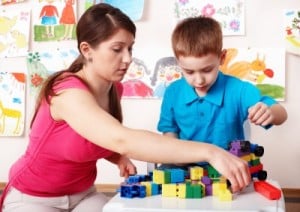 Inattentiveness, trouble sitting still and hyperactivity are all tell-tale signs and symptoms of ADHD in children. These symptoms can disrupt almost every aspect of a child’s life, particularly academic performance. Medications can be and are used to treat symptoms of ADHD, but there is little known about how treatment affects academic performance. Researchers set out to determine if there are any concrete benefits to using medication to treat ADHD in a recent study that involved more than 13,000 children diagnosed with ADHD.

“Their short-term efficacy in treating the core symptoms of ADHD – the symptoms of hyperactivity and attention and impulsivity – that has been established,” said Helga Zoega, the lead author on the new study from the Mount Sinai School of Medicine in New York. “With regard to more functional outcomes, for example academic performance or progress, there’s not as much evidence there as to whether these drugs really help the kids academically in the long term.”

For their study, Zoega and her colleagues from both the U.S. and Iceland compared prescription drug records and test scores from Icelandic elementary and middle school students for the years 2003 to 2008. Of the more than 13,000 children registered in the national school system, just a little over 1,000 were actually treated with medications sometime between grades 4 and grades 7.

Overall, researchers found that children who took medication for ADHD during that time period were more likely to show a drop in standardized test scores over the years. This was especially true for children who did not start medications until later on in their primary grade school years.

For example, in math exams, children who started stimulant drugs within one year of their fourth grade standardized tests had a decline of their test scores of less than one percent between their fourth and seventh grade years. However, children that did not start medications until the sixth or seventh grade exhibited a nine percent drop in their test scores over the same period of time.

The Centers for Disease Control and Prevention say that parent reports suggest that somewhere around one out of 10 children and teens have undiagnosed ADHD and one-third of those diagnosed are not taking medications for their symptoms. Those that aren’t receiving treatment may struggle academically and that could hurt long-term school performance.

But ADHD medications do have side effects, including trouble sleeping, loss of appetite, weight loss and stomach aches. Some children may be able to get by without medication, Zoega said. So the goal shouldn’t be to put every child on medication; just those that need it.

“Not all kids need medication,” Zoega said. “It’s important to think about whether alternative treatment options, whether earlier intervention with those could have a beneficial effect.”

“There are obvious benefits of getting started sooner rather than later,” said J. Russell Ramsay, who studies ADHD at the University of Pennsylvania’s Perelman School of Medicine in Philadelphia. “Especially if students are struggling later on, this study would suggest it may be at least very useful to explore and consider certain treatment options.”

Ramsay says that trouble at school is one of the most common reasons that parents seek help for their ADHD child. He added that families can talk to their family physician or a mental health professional about the pros and cons of starting medication treatments. But he also says that medication may not be needed for every child.

“Medications are probably still the reflex response, with a good evidence base,” he said. “But there are other things that can be added in later or concurrently that can also provide support to the child, to the family and to the educators.”