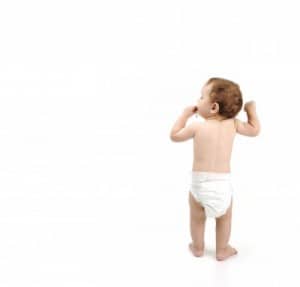 An electricity company worker who came knocking at a door to collect some unpaid bills is the reason one toddler is alive and safe after his mother left him home alone for more than 20 hours while she went out partying with friends. What is even more disturbing is that this isn’t the first time the child has been left alone by her.

According to the Daily Mail, the 24 year old mother left the two year old boy home alone in Leicester’s West End. When the electricity company worker found him, the baby boy was cold, shivering, sick, starving and wearing a dirty diaper for 21 hours in a freezing bedroom.

His mother was yesterday jailed for 16 months at Leicester Crown Court after admitting to two counts of child cruelty, wilful abandonment and neglect. The court also found that the woman had abandoned her son on numerous occasions earlier between June last year and February.

In November of  last year the poor child was left alone by his mother for a shocking 48 hours when she spent two days with her then partner.

James Thomas, prosecuting, said the authorities were alerted by employees of power company E-on on February 16.

“They had a warrant and entered the premises. They discovered the boy at home, alone. He was in a very poor condition. He was in a soiled nappy. He had injuries to his body as a result of neglect and he was in a dangerous condition. The room he was in was described as freezing cold,” he said.

The electric company staff called paramedics and the police.

‘When witnesses and the police woke him, he immediately held his arms in the air and said, “Up, up”,’ said Mr Thomas.

A police officer picked the boy up and fed him biscuits which were the only food available at the house.  The little boy was then taken to the Leicester Royal Infirmary where he was found to be hypothermic and had critically low blood sugar, which was evidence of a period of starvation. He also had serious skin infections and scabies rash across the body.

Thomas said, “’Untreated, this would have led to seizures, coma and death in the next few hours, had he not been found.He was observed to be extremely friendly and willing to be cuddled by anyone. The hospital consultants said this was a sign of emotional neglect.’

During police interrogations the woman admitted leaving her son in the same state on five-six previous occasions -‘by going out socializing with friends and consuming large amounts of alcohol and drugs’.

Recorder Frances Oldham told her, “You put your own needs first, selfishly, before those of your son. He was completely dependent on you and you failed him.”

Trying to explain the horrifying actions of his client, Steven Newcombe, defending the woman, said,

‘Her attitude appears to be one of genuine remorse. She feels she deserves to go to prison for mistreating and neglecting her son and would like him to know, when he is older, that justice has been done on his behalf.It is likely, if she were alcohol and drug-free, that she would perform at a higher level.”

“There was also a desperation for friendship and intimacy. She formed a whole series of relationships. She veered from one person to another, leaving her son unattended.”

For now the toddler is finally safe and may understand the real meaning of love and care without his mother around.