Home » Elizabeth Berkely Catches Up With Mario Lopez At The Grove

Former Saved by The Bell co-stars Mario Lopez & Elizabeth Berkley were re-united on Thursday at The Grove in Los Angeles for an appearance on EXTRA. 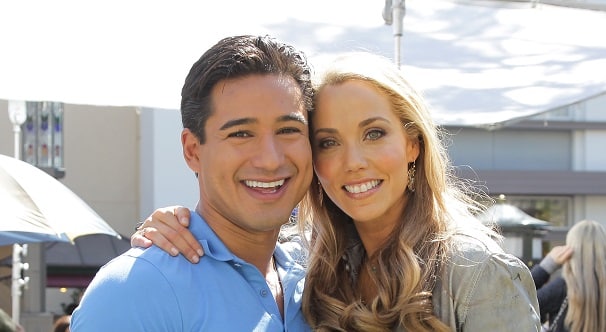 The pair, who starred together for 4 years on the 90’s show, chatted about what a “Saved by the Bell” reunion show would be like.

“I already thought of it like this,” Lopez began. “You and I would come from some failed marriages and ultimately end up together.” Berkley chimed in, “And you’d still call me Mama?” Mario replied, “I’d still call you Mama.”

The actress also talked about her book, “Ask Elizabeth”.

“Five years ago, I had this idea to create this interactive self-esteem workshop for adolescent girls,” she explained “The book takes the most-asked questions from these workshops. It combines advice and stories from me and from girls across the country and a dream team of experts.” 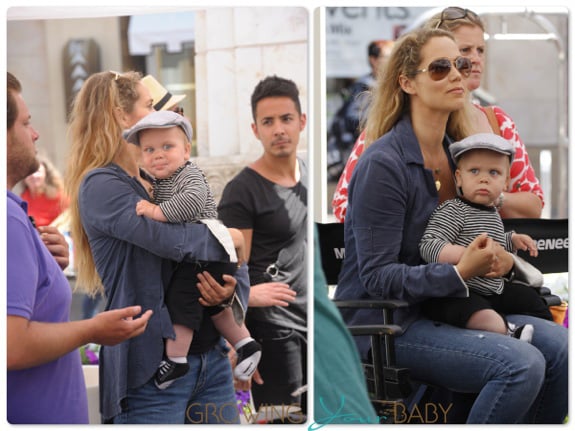 Elizabeth’s son, Sky Cole Lauren was by his mom’s side as she waited to go on.  Experienced dad Mario also snuck in a little cuddle with the little guy, who wowed with his beautiful blue eyes. 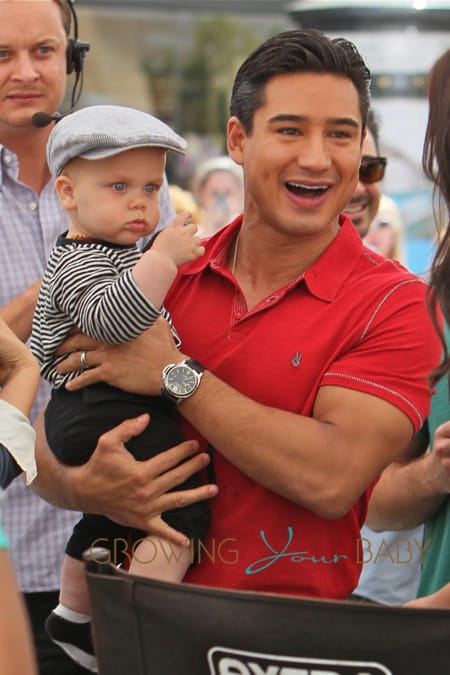