Thor actor Chris Hemsworth and his pregnant wife Elsa Pataky joined some family with their daughter India for lunch and some shopping in Venice Beach, California on January 8, 2014. 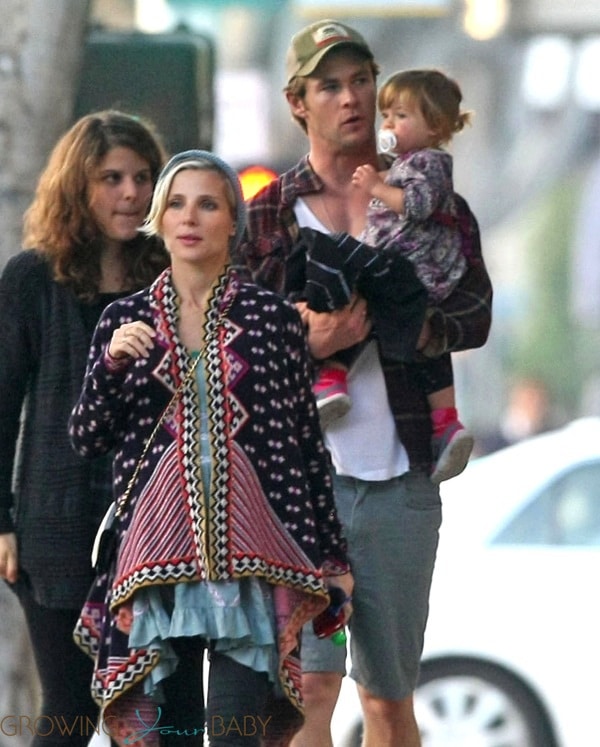 Spanish model and actress Elsa Pataky has been enjoying quite a bit of downtime lately. Just days ago she was photographed with her girlfriends in Santa Monica at 3rd Street Promenade, but it looks like this time she’s sneaking in some time with hubby and the family. Chris Hemsworth recently spoke to Bang Showbiz about his intention to spend a little less time working this year and more time hanging with his family, and it seems that’s exactly what he’s doing! 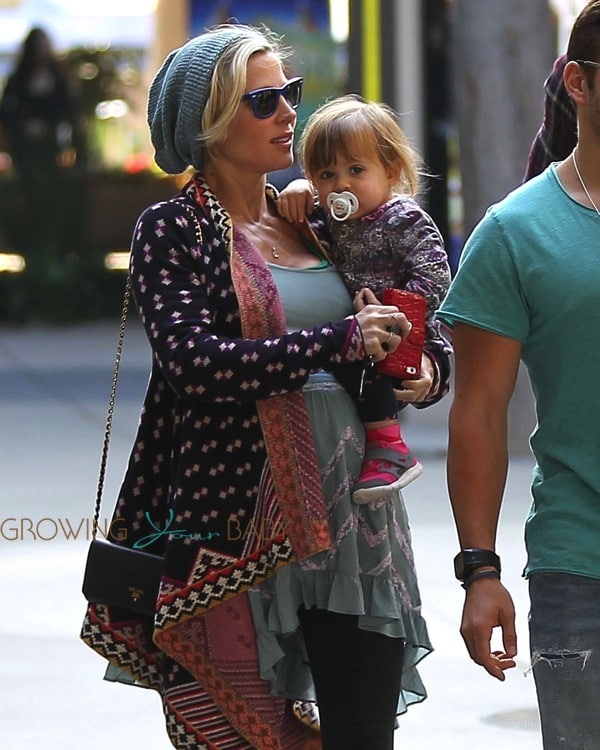 The couple strolled with India as they shopped and chatted, making a pit stop at a fun surf shop along the way. The family appeared relaxed and casual, Elsa showing off her growing belly in a colorful, eclectic ensemble complete with studded black combat boots over black leggings, while hubby Chris was the image of laidback dad in a pair of sneakers, shorts, and tan baseball cap.

While Chris plans on slowing down to enjoy the arrival of baby # 2, his work line-up will still keep him busy well into 2015 with the release of The Avengers: Age of Ultron, along with the newly announced Snow White and the Huntsman 2. His wife Elsa appeared in the most recent Fast and Furious movie and will have her hands full when baby # 2 arrives this spring, but it’s great to see these two snag some quality time with the family while their schedules are aren’t so bogged down!