Girls day out! Elsa Pataky was photographed enjoying the day out with her friends shopping at the 3rd Street Promenade in Santa Monica, California on January 4, 2014. 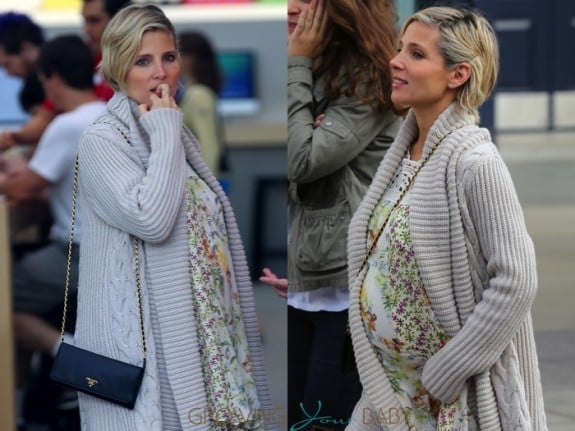 About 6 months along, Elsa showed off her growing belly in a cute above the knee floral dress.  The actress paired her pretty dress with a beige sweater, Prada Bag and studded combat boots. 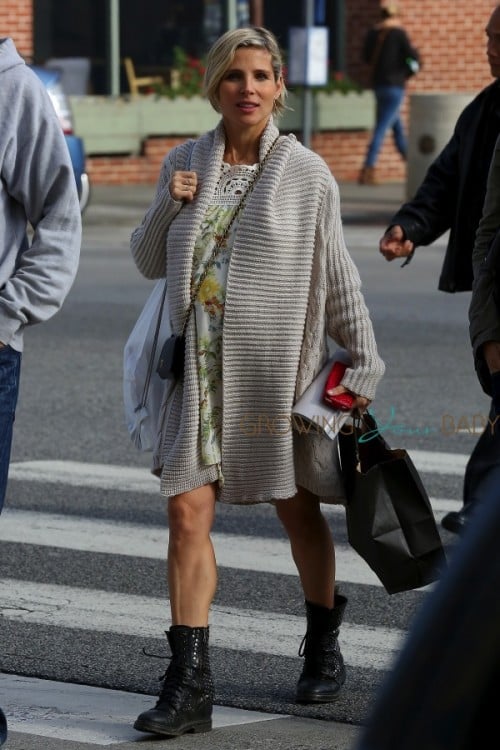 In California for the holidays, Elsa has traveled quite a bit this year while her husband Chris Hemsworth films his upcoming projects.  While in the Canary Islands on location for Chris’ new nineteenth-century drama, In The Heart Of The Sea, the family was evacuated when a typhoon triggered a landslide.

Having filmed 12 movies in 2 years, the actor recently told Bang Showbiz he’s looking to slow his schedule down.

”I’ve been working solidly for a couple of years now, to the point where I have to slow down and spend some time with my family.”

With baby #2 due this Spring, that doesn’t seem like such a bad idea!