Elsa Pataky was photographed enjoying a day at the Warner Bros Park with her kids while vacationing in Spain earlier this week. 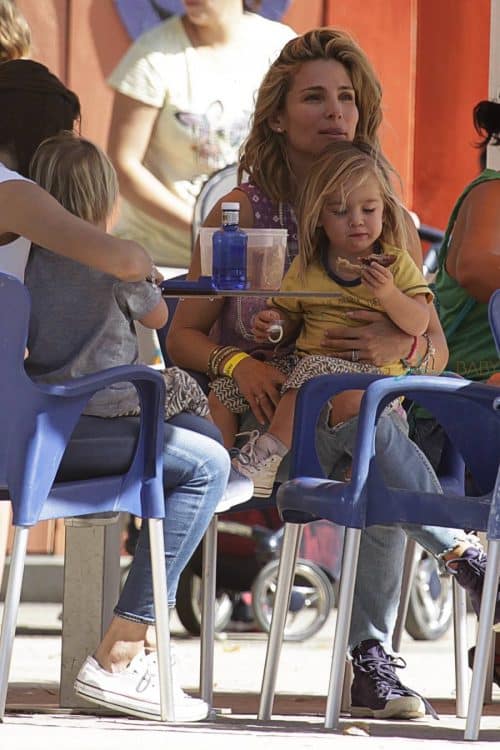 The actress and her twins rode on the carousel, but it appears one of her babes was unhappy as they exited the ride. 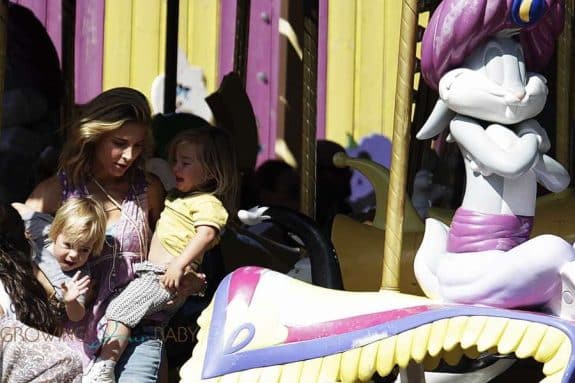 Short lived, the little guy was back in better spirits moments later as he grabbed a bite on mommy’s lap. 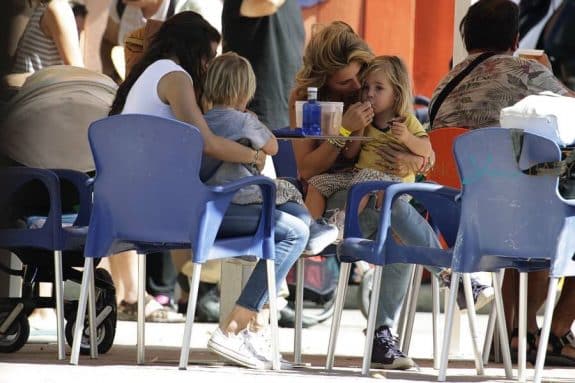 On social media, Elsa shared a photo of her and the boys sitting at the park by a stage along with the caption, 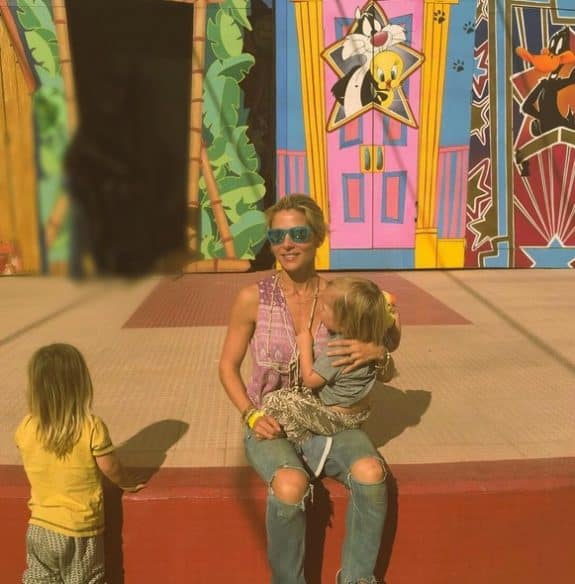 While her husband continues to film Thor, Elsa and the kids have been in Spain visiting some of the local attractions.

After spending two weeks in Europe, the family is on their way back to Australia.

Elsa tweeted a photo from the airplane, thank Spain and promising to be back soon. 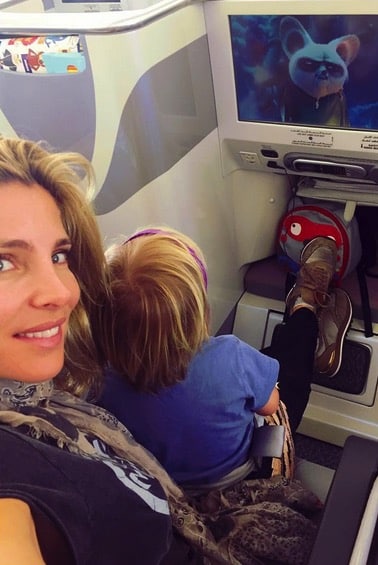