For the second Summer in a row Neil Patrick Harris and his family joined Elton John and David Furnish on vacation in St. Tropez. 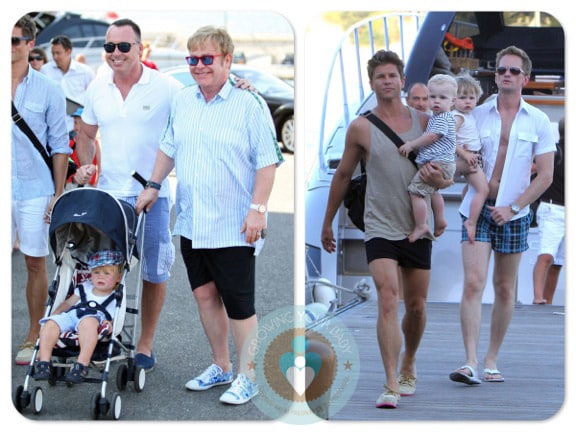 The dads were photographed with their little ones out for a walk and then relaxing on a yacht off the coast of France.

Neil will likely only have a bit of time off before he has to return to LA to begin production on the 8th season of How I Met Your Mother. He has been busy this Summer filming the sequel to The Smurfs in Montreal & Paris along side Katy Perry, Christina Ricci and Hank Azaria.

Zachary kicked back in a Silver Cross Fizz stroller while wearing a pair of pediped Amazon Flex shoes.  The twins kept pace in their Combi Twin Sport stroller, shades and hats!