Elton John and husband David Furnish were spotted enjoying some time away at the beach in Honolulu with their son Zachary. 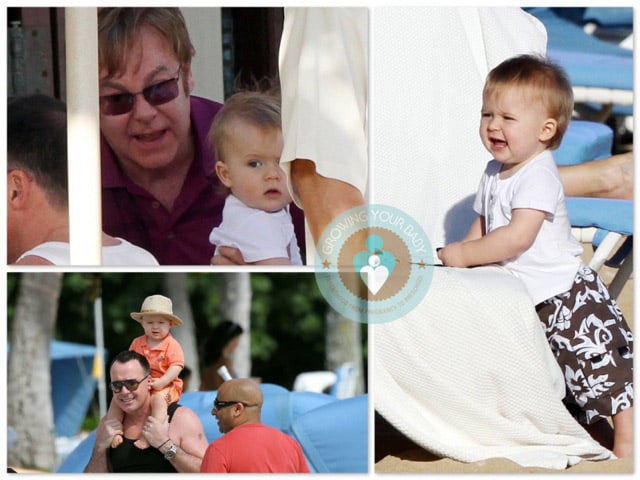 The tot, who celebrated his first birthday on Christmas day, looked to be having a great while playing in the sand.

Despite Elton’s insistence that Zachary will not be spoiled, the little guy has been quite the jet setter this year. Over the Summer he spent almost a full month in St.Tropez, before that he was in Italy and Hawaii earlier in the year.

Elton is in Honolulu to play 2 dates at the Blaisdell Arena.